To Rake or Not To Rake

October’s leaves were dancing ’round

like angels dressed in robes of Red and Gold

but November’s come and gone now

and they’re lying in the gutter out along the road

They’re gonna make their way out to the ditch or someday to the sea,

and if each life is just a grain of sand

I’m telling you man, this grain of sand is mine.

Iris DeMent, “The Way I Should.” 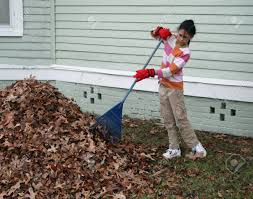 Serious water issues from cyanobacterial blooms to dead spots in the ocean are regularly blamed on excessive nutrients, specifically nitrogen and phosphorous, that humans put into the water. These result mainly from fertilizers, animal manure (both from feedlots and companion animals), and overflows from sewage treatment plants.

But now comes a report by the U.S. Geological Survey telling us that failure to remove leaves from areas where they can be swept into stormwater collection systems can spike stormwater with phosphorus and nitrogen and greatly compromise water quality.  In fact, leaf removal studies performed in Madison, WI, seemed to show that, at least during the time of year when leaves are most abundant,  “. . .timely leaf removal reduced total phosphorous loads by 84 percent and nitrogen loads by 74 percent.” The conclusion was that phosphorous in wastewater could be greatly reduced if the city would collect leaves and clean streets weekly and before “rain events” between early September and mid-November.

Clearly, the Madison experiment is about big-time leaf harvesting by city crews, not about requiring individual tree owners to clean up after their trees the way that pet owners are now supposed to pick up after their dogs.  At least, as a confirmed non-raker, that’s what I hope it means.

The issue seems to be that, as one writer puts it, “. . .when water managers have run out of other levers to pull, [leaf removal] is an effort that should be prioritized.” I would put it more bluntly: Since we can’t get profit-driven corporate farmers to adopt saner and more earth-friendly growing methods, and we can’t expect people to cut back on the meat and dairy diet that is burying us in animal feces, and we can’t ask people to give up their pets, and since we certainly can’t ask people to pay a bit more for water or to agree to increase their taxes so that our ancient sewage treatment plants can be upgraded, we should concentrate our efforts on picking up leaves.

While we have to applaud any effort to keep water clean, leaf management seems like a pretty tricky business.  For example, if leaf collecting becomes a national nutrient reduction strategy, what are we going to do with all the leaves we collect? Landfills are already bulging. Are we going to inject them into deep wells, like fracking waste, or haul them to leaf disposal sites in the desert? Will we eventually try to genetically engineer leafless trees, or trees whose leaves are permanently attached?

Keeping the streets clean is an essential part of wastewater management. It is certainly better to sweep up contaminants before they get into the water than to remove them from the water later. But on the broader leaf issue, I’m still a non-raker. As Iris DeMent says in her great anthem to personal freedom, leaves should be left to “get to where they’re going without the help of you and me.”

Reference: The Fall of Water Quality: Blame It on the Leaves.