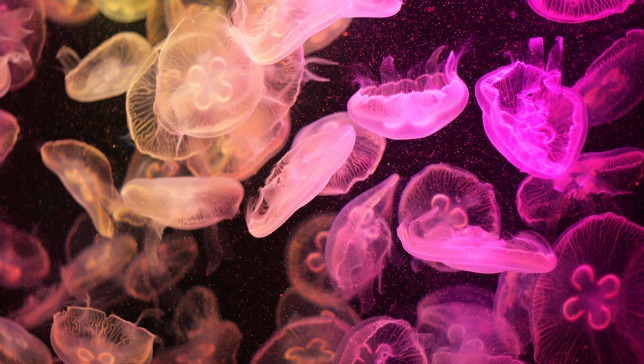 Jellyfish in a group are called a smack.  The ignorant, however, just call them a bunch of jellyfish.

Some things you may not know about one of earth’s most ancient creatures.

They have been around longer than the oldest of dinosaurs, approximately three times as long. They go back at least 500,000,000 years.

Although they are called fish, they actually aren’t. They are zooplankton.

They are heartless and brainless and made almost entirely (up to 98%) of water. When exposed to air, they can actually evaporate.

One species, Turritopsis nutricula, has the ability to renew its cells and is, therefore, theoretically immortal.

They conveniently eat and defecate through the same orifice which serves as both mouth and anus. 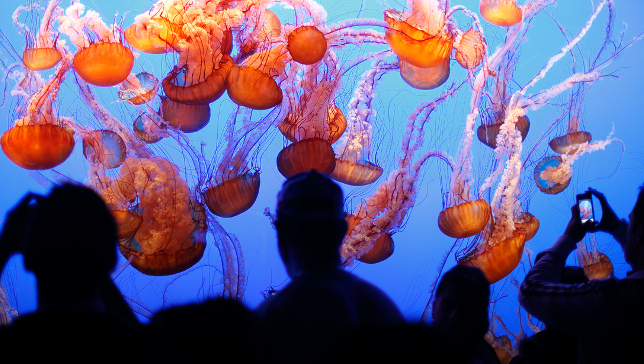 Just to be different, they have a unique group name.  A group of fish is called a school, but multiple jellyfish are referred to as a bloom, a swarm, or a smack.

They are deadly and they don’t mind to sting.  One species can kill a human in a matter of minutes with a single sting. And jellyfish stings are very painful.

They come in all sizes.  They range in size from a few millimeters in diameter to 440 lbs.  The longest jellyfish has tentacles that can extend 120 feet.

Some are edible.  They are a popular delicacy in places like Japan and Korea, but haven’t caught on in most parts of the world. In Japan they make jellyfish candy.

Jellyfish have been used in space experiments because of their similarity to humans as regards adaptation to zero-gravity environments.

Jellyfish live in every ocean and can be found from the surface to the deep sea.

See also in the Gazette: The Immortal Jellyfish.