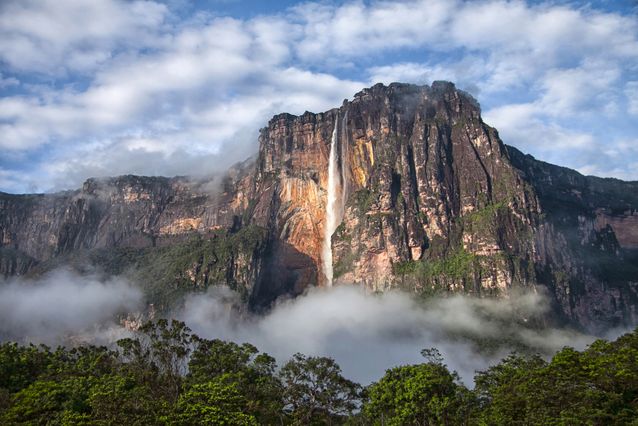 The Tallest Waterfall in the World?

Pictured above is Venezuela’s Angel Falls, which is usually considered the tallest waterfall in the world.  Angel Falls boasts a drop of 3,212 feet. The main plunge is an impressive 2,648 feet–a spectacular sight.

However, there is a dispute over whether or not Angel Falls is actually the tallest waterfall in the world. 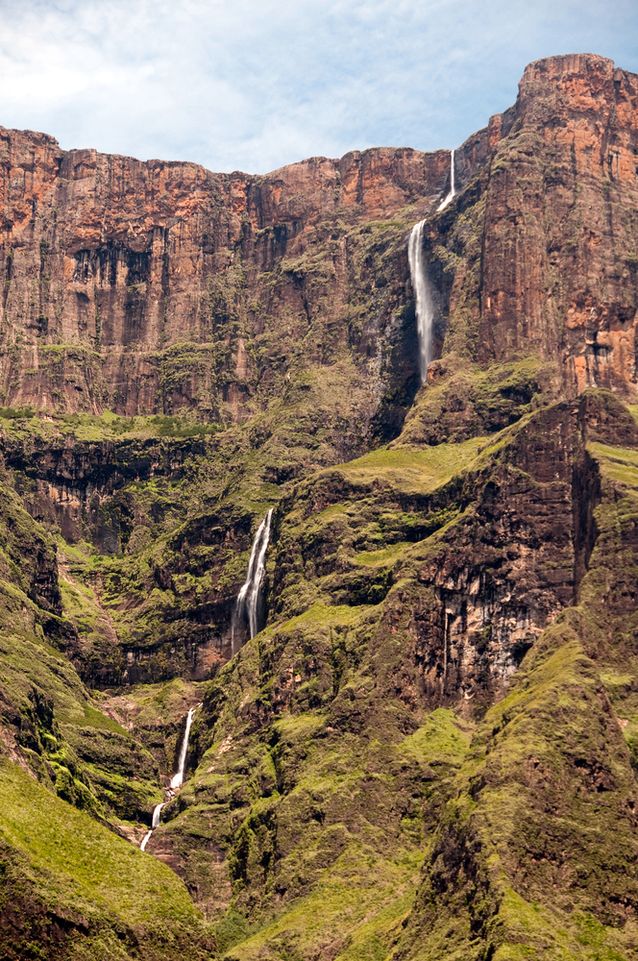 Tugela Falls in South Africa: The Tallest Waterfall in the World?

The “tallest waterfall” title is disputed by fans of Tugela Falls in South Africa.  The “taller than thou” dispute centers around accuracy of measurement. As you may imagine, waterfall measuring is not an exact science. Most believe that Angel Falls is probably shorter than its official 1949 measurement shows and that Tugela Falls is likely taller than its official measurements indicate. Officially, Tugela is 3,110 feet tall, but some argue that its true height falls between 3,255 and 3,320 feet.

Not only is Angel Falls likely shorter than initially measured in 1949, but Tugela Falls is likely taller than its measurements indicate. So rather than 3,110 feet as usually stated (which makes it a bit shorter than the possibly erroneously stated 3,212 feet of Angel Falls) Tugela Falls may more likely be somewhere between 3,255 feet and 3,320 feet in height.

If the two waterfalls are remeasured with more accuracy, we just may see the title for world’s tallest waterfall change hands. In the meantime, life goes on.