Why We Must Have Regulation of Water

Think of our water supply as a giant milkshake 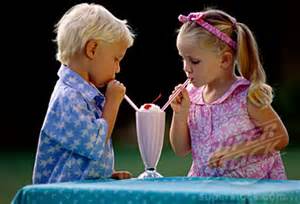 Think of our water supply as a giant milkshake, and think of each demand for water as a straw in the glass. Most states permit a limitless number of straws—and that has to change.

You may receive a water bill every month, but you’re not actually paying for water. You’re paying for the cost of service, and this free-rider problem is contributing to the worsening water crisis that threatens to dehydrate the US.

Last year, metro Atlanta—home to 5 million people—came within 90 days of watching its principal water reserves dry up, and one Tennessee hamlet ran out of water entirely. Small towns in Texas and California ran completely out of water in 2014. More than 30 states are now fighting with their neighbors over water, and a surging US population means increasingly less to go around. Proposed solutions range from the expensive (desalination of ocean water) to the just plain unpopular (reuse of municipal waste).

Some may find the idea of charging for water itself immoral, as water authority Robert Glennon counters, “Precisely because water is a public—and exhaustible—resource, the government has an obligation to manage it wisely.”