What Kind of Carbon Is Best for Water Filtration?

What Kind of Carbon Is Best?

or, How Is Filter Carbon Like a Parking Lot?

by Emily McBroom and Gene Franks 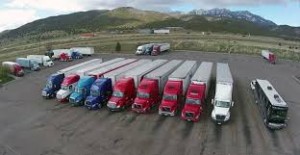 Some of the characteristics that are considered by filter makers when choosing raw materials for the carbon products are:

Water Quality Association training materials provide such a good explanation of how these four parameters apply to carbon suitability that we can’t resist borrowing it.

The inside surface of the activated carbon particle can be viewed as a large parking lot for organic molecules. Further, one can view the large molecules as semitrucks, and the small organic molecules as compact cars. Using this viewpoint, it is easy to illustrate a number of things. First, if most of the pores in the activated carbon are micropores (small parking spaces), the semitrucks are going to have a difficult time moving inside the parking lot, and they will have difficulty finding a parking site which fits. But, the compact cars will have an easy time. (This corresponds to a high iodine number.) Second, it the pores are mostly macropores (large parking spaces), the semitrucks will be able to get around fine, but it will be an extremely inefficient way to park compact cars. (This corresponds to a high molasses number.) Third, if there are only a few roads connecting the various areas inside the parking lot, the cars will all pile up, and the roads will act as a bottleneck. Ultimately, a large number of small cars can be parked, but the parking lot will fill slowly. This is what happens if there is not a suitable mix of micropores (small spaces)  and macropores (big spaces).

So, activated carbons made from lignite coal tend to have large pores (macropores) and make good parking spaces for big trucks, like tannins.

Carbons made from coconut shells have very small  pores (micropores) and are especially good parking spaces for very small molecules like VOCs, which are the compact cars of the organic chemical world.

But over the years, the most widely used carbon material of all is bituminous coal, because bituminous carbon has big pores and little pores and a lot of mid-sized pores (mesopores)  that are just right for parking the great many average-sized family sedans, SUVs, and pickups. In other words, bituminous carbon is widely used because it works pretty well for just about anything. Bituminous coal based activated carbons are frequently a good first choice for general dechlorination and reducing the concentration of a large range of organics.

All carbons, by the way, work well for removing chlorine and even chloramine, although contact time with the carbon needs to be about twice as long for chloramine as for chlorine. (Specially processed carbon called “catalytic carbon,” which is available in coal- or coconut-based, is much better at chloramine removal than standard carbon.) All carbons work well for taste/odor improvement, and we find no scientific basis to support the common belief that coconut shell carbons make water taste better than other carbons.

There are other considerations, of course, that are left out of the parking lot method for choosing carbon. An important one for residential users is a test called Ball-Pan Hardness.  It puts a numerical value on the hardness of the carbon–how much banging around it will take before it breaks down.  In this test coconut shell carbon always comes out way ahead of bituminous. This is significant for tank-style residential filters because when carbon breaks down because of the rolling and tumbling of repeated backwashing it gets into service lines. Think of it as the coconut shell parking lot having tougher walls and posts to withstand the banging it gets from those wild compact car drivers.

Carbon made from peanut butter, by the way, fares poorly on the Ball-Pan Hardness test but has an excellent Molasses number and great Surface Area.