Wetlands Are A Vital Part of Clean Water

According to an EPA publication:

Natural wetlands are vital to protecting the integrity of our rivers and estuaries, and help to protect the health and safety of people and their communities by providing a natural filtration system for pollution before it gets into our rivers, lakes and ponds, and by preventing flooding after storms. Small streams and wetlands are the source of the nation’s fresh waters, and changes that degrade headwater systems can affect other rivers and lakes downstream. Wetlands also provide valuable wildlife habitat, offering breeding and feeding grounds for a broad array of fish, birds and other wildlife. Converting large areas of natural wetlands to other uses can profoundly alter flood flows, and reduce the pollutant-filtering abilities of wetlands.

Wetlands provide important ecological services such as protecting and improving water quality, providing fish and wildlife habitats, storing floodwaters, and maintaining surface water flow during dry period . . . . With each acre of wetlands destroyed, particularly in areas where many have already been lost, we are losing critical resources that feed the rivers, lakes and streams we depend on to provide sources of food, transportation, and recreational opportunities. 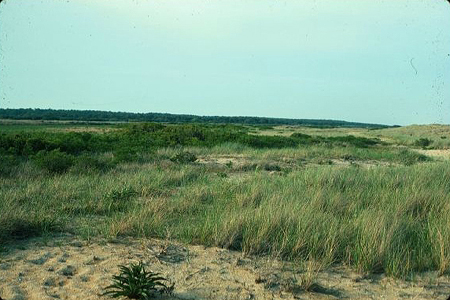 Wetlands Are Protected Under the Clean Water Act

Protection of wetlands is an essential EPA function that seldom makes the headlines.  In a recent action (October, 2012), due to EPA action, the owners of Falls Creek Farm, a horse boarding and training facility and farm located in Sterling, Conn., have agreed to restore and create 11.3 acres of wetlands to settle claims by the United States that wetlands were illegally filled and altered during construction of a private golf course and other modifications to their property.

The wetlands activity is a violation of the Clean Water Act, which recognizes the importance of wetland areas as part of a healthy ecosystem.

In an earlier incident in 1997, the Army Corps of Engineers determined that Guy P. Snowden, or persons working on his behalf, discharged fill material into wetlands at another location on the property. Mr. Snowden completed a restoration of 2.4 acres of wetlands in 2001 to resolve the issues raised by the Army Corps.  Since EPA discovered the more recent discharges in 2007, the owners of the property have cooperated with the EPA investigation, as well as in developing the restoration, mitigation and preservation plan.

In addition to restoring and creating wetlands, the settlement agreement requires the owners to permanently preserve approximately 19 acres on the property between Carson Brook and the Rhode Island border and pay a $405,000 penalty.  Carson Brook is a headwater stream which flows to recreational fishing area and then into Rhode Island.  The settlement requires wetlands restoration and preservation that will restore valuable wetlands functions and result in improvements in downstream water quality, improve wetlands habitats, reduce the drainage of water from adjacent wetlands, and help protect downstream areas from flooding.