A  study released by the InterAction Council recommends that the UN Security Council make water scarcity “a top concern.”

“The future political impact of water scarcity may be devastating,” former Canadian Prime Minister Jean Chretien said of the study, which was issued by a consortium of former world leaders, including Nelson Mandela and US President Bill Clinton, and backed by the UN University’s Institute for Water, Environment, and Health (UNWEH) and Canada’s Gordon Foundation.

Pointing to factors as diverse as climate change and geo-political confrontations, the group warned that increasing water scarcity will only exacerbate crises around the globe, including the spread of disease, rising infant mortality rates, and global food production.

“With about 1 billion more mouths to feed worldwide by 2025, global agriculture alone will require another 1,000 cubic km (240 cubic miles) of water per year,” the report states—an increase that is the equivalent of 20 Nile rivers or 100 Colorado Rivers.

Other highlights from the report:

* Currently, 3,800 cubic km (910 cubic miles) of freshwater are extracted from the world’s rivers and streams annually.

* The greatest increase in demand for water will be located in the US, China, and India, in part because of population increases, increased agricultural irrigation, and economic growth.

* By 2030, China’s water needs will exceed its current supplies. 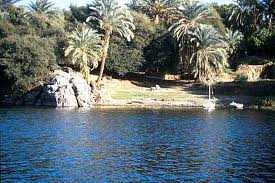 A study shows that by 2025 the world will need the equivalent of 20 more Nile Rivers to feed the increasing population.

* Increasing tensions in the Middle East, particularly between those nations that share the Nile, due to water-related conflicts.

But the report offers solutions as well—solutions familiar to any regular reader of Water Efficiency. Dubbing it the “blue economy,” the report suggests that an emphasis on water conservation could mitigate some of the world’s water scarcity issues. By improving infrastructure—including leak detection and demand reduction—the report estimates that up to 40% of domestic water that is currently wasted could be saved.

But these water efficiency measures won’t come cheap, another familiar challenge for the water purveyor. The UNWEH report calculates infrastructure improvement costs in developing nations to be about $11 billion per year. But that outlay does not come without a payback—for every dollar spent, communities could see an economic return from $3–4 dollars, according to the report.

So what do you think? Can clarion calls like this have any impact on government programs and policies? Is it enough to simply raise awareness of the impending water crisis? And what more can be done to funnel the much-needed funds towards infrastructure rehabilitation and improvement at home and abroad?