Can the Body Use the Water in Coffee and Tea?

Do coffee and tea really dehydrate us?

Gazette’s Introductory Note:  Without a research grant or even giving the matter more than a couple of minutes thought I dismissed a long time ago the idea that the water that’s in coffee and tea somehow doesn’t “count” toward the body’s requirement for water.  If the human body can extract micro nutrients from foods why in heaven’s name would it not be able to find and use water that is mixed with a bit of tannins and caffeine?  Obviously, the water that’s in fresh fruit or a bowl of oatmeal is water that’s available for use by the body.  And as for coffee’s apparent diuretic properties, my view is that it’s mainly the water in the beverage that makes you pee a lot, not something special about the tea or coffee.  The research presented in the article below would seem to bear me out.–Hardly Waite. 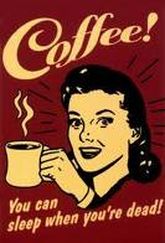 Every day people around the globe drink 1.6 billion cups of coffee and around twice as many cups of tea.

They enjoy the taste and the fact that the caffeine wakes them up. But when we’re exhorted to drink six or eight glasses of water a day (a disputed figure that I’ve discussed previously), it’s usually emphasised that drinks like coffee and tea don’t count towards your daily liquid total because they’re dehydrating. Or so we’re told. What’s the evidence?

Although tea and coffee contain many different substances the one on which most research focuses is caffeine. Even then there is so little research on the topic, that one of the most frequently mentioned studies was conducted way back in 1928 with a sample of just three people. The three men were studied over the course of two winters. Sometimes they were required to drink four cups of coffee a day; sometimes they drank mainly tea and at other times they abstained or drank water laced with pure caffeine. Meanwhile the volume of their urine was measured regularly. The authors concluded that if the men consumed caffeine-laced water after a two month period of abstinence from both coffee and tea, the volume of their urine increased by 50%, but when they drank coffee regularly again they became inured to its diuretic effects.

Very large doses of caffeine are known to increase the blood flow to the kidneys and to inhibit the absorption of sodium which explains why it could act as a diuretic, dealing with the sodium which hasn’t been absorbed. But the exact mechanism is still a matter of debate.

But when you look at the studies of more realistic quantities of caffeine, the diuretic effect is not nearly so clear. A review of 10 studies by Lawrence Armstrong from the University of Connecticut concluded thatcaffeine is a mild diuretic at most, with 12 out of 15 comparisons showing that people urinated the same amount, regardless of whether the water they drank contained added caffeine or not.

So why do so many people think they need the loo more often when they’ve been drinking tea or coffee? As the review indicates, most studies give people pure caffeine added to water, rather than cups of actual tea or coffee as you might drink at home. Is there something about the combination of substances contained in coffee and tea that make the difference?

In a rare study where people drank nothing but tea for the 12 hour duration of the trial, there was no difference in hydration levels between them and the people who drank the same quantity of boiled water. When it comes to the consumption of coffee, one study did find a 41% increase in urine, along with a rise in the excretion of sodium and potassium. But these participants had abstained from caffeine before the study, so this doesn’t tell us what would happen in people who are accustomed to drinking coffee.

A second study found no difference in hydration between those drinking water or coffee, leaving us with conflicting findings. Then came new research earlier this year from Sophie Killer at Birmingham University in the UK, who not only measured the volume of urine, but tested their blood for signs of kidney function as well as calculating the total amount of water in the body. The men in the study drank four cups of coffee a day, far more than the average coffee-drinker. Yet there was no evidence they were any more dehydrated than those who drank water alone. This research was funded by the Institute for Scientific Information on Coffee, whose members are coffee companies, but it has been published in a peer-reviewed journal and the authors confirm that the Institute played no role in gathering or analysing the data or writing up the research.

So although we might notice needing the loo more when we’ve been drinking coffee, the mistake is basing our observations on a comparison with the time we’ve drunk nothing, not with a similar amount of water. If you chose a glass of water instead of a cup of tea, you’d probably see the same effect.