Water Use by US Golf Courses

Golf is a big water user, but so is growing lettuce 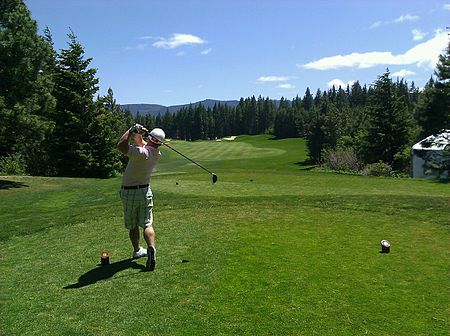 According to a report by the United States Golf Association:

From 2001-2005, an estimated total of 31,877 acres of irrigated turfgrass were added to existing golf facilities in the U.S. The greatest net gain in irrigated acreage

According to the U.S. Geological Survey’s “Estimated Use of Water in the United States in 2000”  report,approximately 408 billion gallons of water per day are withdrawn in the U.S. Golf course irrigation accounts for 0.5 percent of this total.

Sources of this water?

52 percent use water from ponds or lakes.

46 percent use water from on-site wells.

17 percent use water from rivers, streams and

14 percent use water from municipal water

12 percent use recycled water for irrigation.

Gazette’s conclusion:  Golf courses use oceans of water, but it’s a drop in the bucket compared with total water usage.  Agricultural irrigation is, of course, the biggest water user by far. Ironically, golf uses more water than water polo.