Water Treatment: What Works and What Doesn’t

Water Treatments that Work and Those that Don’t 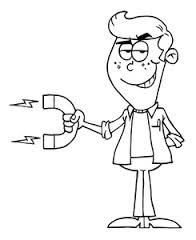 The eminent water treatment specialist Peter S. Cartwright, a man of long experience and unchallenged expertise in the field, recently published a two part article in Water Conditioning and Purification magazine (October and November 2016) that concentrates on some of the shady areas of water treatment. Mr. Cartrwright skips the obvious health-related humbugs like “alkalizers” and concentrates on the technical aspects of genuine water treatment issues like scale prevention, TDS reduction, and removal or inactivation of bacteria and cysts.

Mr. Cartwright focuses first and foremost on  devices that “soften” water. For decades now there have been numerous attempts to replace the conventional ion exchange water softener.  Currently in North America some 785,000 residential and 60,000 commercial water softeners are sold annually, so there are strong incentives to tap into that market with alternative products. Conventional ion exchange water softeners, which actually remove scale-forming calcium carbonate (hardness) from water by exchanging it for sodium, work well and their performance can be easily verified by a simple test. However, there are many environmental and aesthetic objections to conventional softeners, so the quest for a workable alternative has been intense. 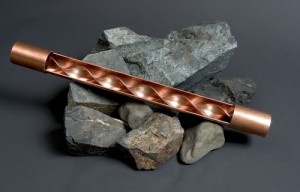 In his discussion, Cartwright does not include alternate technologies like membrane devices (reverse osmosis and nano filtration) and sequestering systems (polyphosphates). He divides alternative scale reducing systems into five groups:

Magnetic devices that use one or more permanent magnets either attached to a pipe or inside the pipe.

Mechanical devices that are designed to alter the pressure and flow pattern of water and somehow alter its chemistry in the process (see picture above).

Electrostatic systems that typically use two electrodes charged with high voltage DC current which alter the calcium carbonate as the water stream passes between them so that surface scaling is reduced.

Catalytic devices. These come in many configurations and sizes but are mainly housings that hold a proprietary medium designed to impart scale-reducing properties to water that passes through it. Unlike conventional softeners, they do not require power, backwashing, or chemicals. The technology is usually referred to as TAC (Template Assisted Crystallization), although one leading manufacturer calls its product NAC (Nucleation Assisted Crystallization).

So, do any of these five strategies actually work?

According to Peter S. Cartwright:

With hundreds of manufacturers who have offered thousands of devices to the industry over the years, it is difficult to make all-inclusive statements. At the risk of doing so, my conclusion is that, with the exception of TAC, no [scale preventing] device has actually survived rigorous third-party scientific credible testing to support the reduction claims made for it.

This process, which came on the scene in 1998, appears to minimize scaling without requiring regeneration or utilizing ion exchange. TAC utilizes polymer beads, not unlike the ion exchange resin in traditional water softeners. These beads, however, contain microscopic nucleation sites that cause calcium and magnesium crystals to form at the site and ultimately detach from the resin into the water as insoluble particles. These colloidal-sized particles do not attach to surfaces and are carried out with the water. As a result, although TAC does not actually remove hardness, it does minimize scale attachment to surfaces. This process requires no power, chemical addition or backwashing. The life of the resin is typically about three years. It has been thoroughly tested by credible, third-party institutions and has been shown to generally perform as claimed; however, the local water chemistry appears to have an effect on performance. For example, TAC has been shown to be ineffective for silica removal.

TAC units are simple upflow systems that contain only a few liters of TAC resin. No regeneration is required, but they should be protected from sediment and media life is extended if they are protected from chlorine.