Water Treatment in the Movies 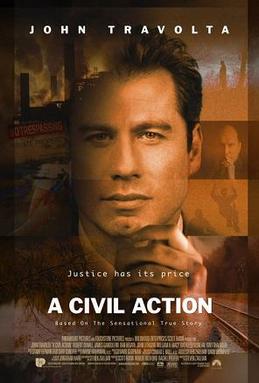 A highly promoted movie called Dark Waters came out in late November 2019. It stars Mark Ruffalo and tells the story of Cincinnati lawyer Rob Bilott and his dozen-year battle against the centuries-old American chemical company, DuPont.  From an effort to gain justice for a single client whose livestock were poisoned by Dupont’s chemical PFOA, Bilott’s efforts resulted in large class-action settlements for hundreds of injured parties. Ruffalo, who is known as an environmental activist as well as an actor, produced the film as well as starring in it. Other top actors featured are Anne Hathaway and Tim Robbins.

Dark Waters joins other important movies that brought significant water contaminants to public attention. The stories of all are similar. They feature an individual who takes on a powerful company that seems to be above the law.  The best known of these is Erin Brockovich, starring Julia Roberts, which tells the story of the hexavalent chromium (aka chromium-6) poisoning of the water in Hinkley, CA by Pacific Gas and Electric. A lesser known but equally compelling story is that of the TCE poisoning of the wells that supplied Woburn, MA by the W.R. Grace company. The incident inspired an outstanding book by Jonathan Harr that in turn inspired the 1998 movie A Civil Action, starring John Travolta and Robert Duvall. (The book was better than the movie, but both deserve your attention.)