Water That Is Too Pure To Drink

The Dangerously Clean Water Used to Make Your Iphone

The ultra-pure water used to clean semiconductors and make microchips would suck vital minerals right out of your body.  Plus it tastes really nasty. 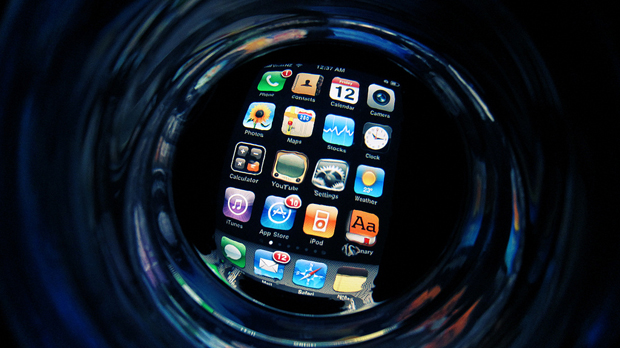 FACT: Water can be too clean to drink—so clean that it’s actually not safe to drink.

That’s the kind of claim about water that people scoff at—it seems ridiculous on the face of it.

Water too clean to drink?

Give me a break. It’s water. Cleaner is better.

But this is one wild water story that’s true.

Every day, around the world, tens of millions of gallons of the cleanest water possible are created, water so clean that it is regarded as an industrial solvent, absolutely central to high-tech manufacturing but not safe for human consumption.

The clean water—it’s called ultra-pure water (UPW)—is a central part of making semiconductors, the wafers from which computer microchips are cut for everything from MRI scanners to greeting cards.

Chips and their pathways are built up in layers, and between manufacturing steps, they need to be washed clean of the solvents and debris from the layer just completed.

But the electronic pathways on microchips are now so fine now so fine they can’t be seen even with ordinary microscopes. The pathways are narrower than the wavelengths of visible light. They can only be seen with electron microscopes. And so even the absolute tiniest of debris can be like a boulder on a semiconductor—so the chips have to be washed, but with water that is itself absolutely clean.

The water must have nothing in it except water molecules—not only no specks of dirt or random ions, no salts or minerals, it can’t have any particles of any kind, not even minuscule parts of cells or viruses.

And so every microchip factory has a smaller factory inside that manufactures ultra-pure water. The ordinary person thinks of reverse-osmosis as taking “everything” out of water. RO is the process you use to turn ocean water into crystalline drinking water. And in human terms, RO does take most everything out of the water.

But for semiconductors, RO water isn’t even close. Ultra-pure water requires 12 filtration steps beyond RO. (For those of a technical bent, the final filter in making UPW has pores that are 20 nanometers wide. At the IBM semiconductor plant I visited, they send the 20 nm filters out to be inspected by a private company, using a scanning electron microscope. They want that company to find filters with nothing in them.)

Just the one IBM microchip plant in Burlington, Vermont, makes 2 million gallons of UPW a day for use in manufacturing semiconductors, and there are dozens of chip plants around the world. UPW is also used in pharmaceutical manufacturing, but it is a purely human form of water—water that is literally nothing like the stuff that exists naturally on Earth.

Water is a good cleaner because it is a good solvent—the so-called “universal solvent,” excellent at dissolving all kinds of things. UPW is particularly “hungry,” in solvent terms, because it starts so clean. That’s why it is so valuable for washing semiconductors.

It’s also why it’s not safe to drink. A single glass of UPW wouldn’t hurt you. But even that one glass of water would instantly start leeching valuable minerals back out of your body.

At the chip plants, the staff comes to regard UPW as just another part of a high-tech manufacturing process. One senior IBM official was stunned when I asked her what UPW tasted like. Despite presiding for years over the water purification process, she not only had never tasted it, it has never even occurred to her to taste it. One of her deputies had, though, and he piped right up. “I stuck my tongue in it,” he said. “It was horrid.”

In fact, super-clean water tastes flat, heavy, and bitter. The opposite of what we like. The appealing freshness in water comes not just from it’s temperature and its appearance, but from a sprinkling of salts and minerals that give it a crisp taste.

So there it is: Not only is it possible for water to be too clean to drink—it’s exactly that kind of water that makes your iPhone possible.

Adapted from The Big Thirst: The Secret Life and Turbulent Future of Water, to be published in April by Free Press / Simon & Schuster. © 2011, Charles Fishman.

Read more from The Big Thirst on FastCompany.com.