More than a million miles of underground pipes distribute water to American homes. Maintaining that complex network is an extremely expensive and never-ending ordeal.

Some pipes date back to the 1800s. As they get older, they fail in different ways. Some split and rupture, with an estimated 700 main breaks occurring around the U.S. every day. The most devastating failures damage roadways, close businesses and shut off service for hours or days. If pipes are particularly bad, they can contaminate water.

Utilities have long struggled to predict when to replace pipes, which have vastly different life cycles depending on the materials they are made from and where they are buried. Some might last 30 years, others more than 100. Sophisticated computer programs are helping some water systems prioritize the order in which pipes should be replaced, but tight budgets often mean the fixes don’t come until it’s too late.

Replacing a single mile of water main can cost from $500,000 to more than $1 million, but doing so is far more disruptive to customers if it fails first. Experts say a peak of up to 20,000 miles of pipe will need to be replaced annually beginning around 2035, up from roughly 5,000 miles currently. Des Moines Water Works alone has 1,600 miles of distribution pipes.

The Philadelphia water department, the nation’s oldest, is already spending tens of millions of dollars more per year to replace its worst pipes. Yet the city saw more than 900 water main breaks in the most recent budget year. In June, two massive breaks forced evacuations and damaged cars, homes and businesses.

New Orleans once boasted about not raising water rates for two decades. But in 2012, the city approved 10 percent increases on water bills for eight straight years as part of a plan to fix a crumbling system. The average household’s monthly water-and-sewer bill will climb to $115 by 2020. The extra money will help replace deteriorating mains damaged by Hurricane Katrina.

The massive main break that flooded the UCLA campus in Los Angeles in 2014 — ruining its basketball court and inundating buildings and fields with millions of gallons of water — was widely seen as a wakeup call for failing infrastructure. But a year later, the city’s response illustrates how large of a problem many systems face. 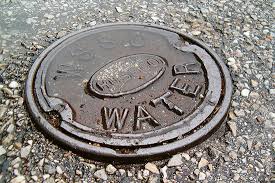 The Los Angeles Department of Water and Power is moving from a 300-year replacement cycle to a 250-year cycle for its 7,200-mile water distribution system, still far slower than the 100-year cycle many experts recommend. The department is proposing a 3.8 percent annual water rate increase for five years, which would go largely toward system improvements and gradually raise the typical household water bill by $12.30 per month. Heavier users would face steeper increases.