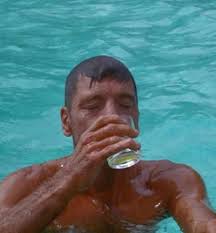 From 2000 to 2014, public health officials from 46 states and Puerto Rico reported 493 outbreaks associated with treated recreational water, resulting in more than 27,000 illnesses and eight deaths, according to a report in the May 18 Morbidity and Mortality Weekly Report. Hotel pools and hot tubs were the setting for about a third (32 percent) of the outbreaks, followed by public parks (23 percent), club/recreational facilities (14 percent) and water parks (11 percent).

So, what to do? The CDC recommends a few steps before diving in: Don’t swallow pool water. Don’t let children with diarrhea in the water. And use test strips to measure levels of pH, bromine and chlorine in the water. The cleaner the water, the safer to swim.