Wastewater Liability Does Not Include Fear of Frogs

It’s not unusual to read about lawsuits over stormwater runoff, particularly in cases where water flows onto someone’s property as a result of construction, new development, or diversion. 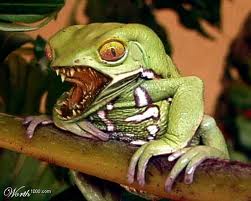 That was the case recently with a New York homeowner, who received a $1.6 million settlement after a developer mistakenly diverted water onto his 40-acre property, turning it into a “wetland,” according to the suit. This case has a twist, however: Instead of just the usual claims of property damage or loss of use of the property, the owner cited his frog phobia as a reason to collect punitive damages.

Although in the end he didn’t get the $250,000 in punitive damages he was seeking, the town of Clarence, NY—which had given the developer permission to divert the water—will be digging a drainage ditch to help remove the water and will pay $1.3 million in damages, with the rest of the money coming from the developer. An error by the town’s engineer, who approved diversion of the runoff into a channel that turned out to be too small to accommodate it, led to the flooding of the property.

As this article from the Daily Mail reports, the homeowner traces his phobia to an unfortunate childhood experience involving bullfrogs. “I’m petrified of the little creatures,” he’s quoted as saying, adding that he sometimes had to call family and friends to come chase the frogs away from his door so he could get into and out of his house. 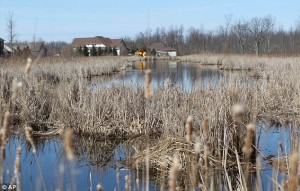 Homeowner’s land was turned into wetland, and he was awarded $1.3 million.

A lower court had originally awarded him the $250,000 as well, but that was overturned by an appeals court, which said that since the developer had not acted maliciously, punitive damages did not apply.