Walt Disney Studios in Burbank CA is being investigated as the possible source of groundwater contamination with the cancer causing heavy metal
Chromium 6.

Area groundwater has been contaminated for some time with Chromium 6, and aircraft manufacturer Lockheed Martin Corp. paid $60 million to settle claims with some 1,300 residents in 1996 who charged that exposure to Chromium 6 and other toxins at its former aircraft manufacturing plant left them with cancer and other maladies.

The suspicion is that an ancient cooling tower at Disney, built originally in 1938, is involved in the contamination of water in the area. The plant originally  used groundwater pumped from wells to pre-cool and pre-heat buildings on the site. At one point the plant circulated up to 1.7 million gallons of water a day. The wastewater was discharged into settling basins and then to the Los Angeles River as well as to Burbank’s storm system. In 1993, Disney replaced the system with cooling towers that relied on water supplied by the city of Burbank.

Chromium 6, also known as hexavalent chromium, has many industrial uses, including preventing corrosion of pipes in air conditioning systems and eliminating microbes in cooling towers. 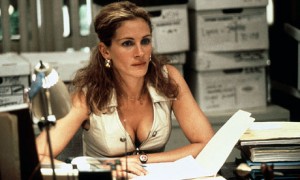 Those who saw the 2000 film Erin Brockovich will remember hexavalent chromium, also known as Chromium 6, as the chemical spreading in a plume beneath the town of Hinkley, Calif., from a disposal site run by Pacific Gas & Electric.

Chromium 6 captured wide public attention in 2000 with the release of the Academy Award-winning movie Erin Brockovich about residents sickened by a Pacific Gas & Electric plant in the Mojave Desert city of Hinkley, CA. PG&E had used Chromium 6 as an anti-rusting agent to prevent corrosion in cooling towers, and has paid more than $600 million to settle lawsuits.

The Disney site has recently come under scrutiny by state and federal officials as part of a broader investigation into groundwater contamination. Citing community concerns about contamination, the California Department of Public Health in 2010 tested soil in a nearby park that historically had received discharges of water from Disney’s cooling system and found Chromium 6.

Disney denies that its cooling system is responsible for hexavalent chromium contamination in the area.

More information from the LA Times.