Utah Study of COVID-19 in Wastewater.

Gazette Introductory Note: We should underline that detecting virus in wastewater does not mean that there is viral contamination of drinking water. Note that “the virus in its flushed form is no longer alive,” and “the virus was not found in water leaving sewage treatment plants but in water entering all 10 sewage plants.” 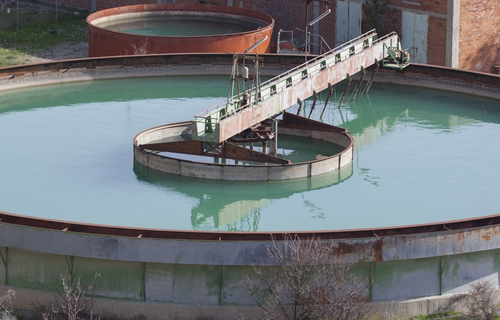 Testing for virus in wastewater plants could be a valuable health management tool.

SALT LAKE CITY — Utah scientists say sewage could provide a tool for ongoing monitoring and early detection of the novel coronavirus in communities after they found high concentrations of the the virus in areas with outbreaks.

The information could be useful for state officials as infection numbers keep climbing.

Researchers hoped to discover whether waste that gets flushed down the toilet could help Utah get a more localized picture of infection rates. In March, as part of a pilot study, they began testing samples of untreated wastewater for the presence of COVID-19 gene copies in 10 treatment plants across the Beehive State representing about 40% of Utah’s population.

“The initial results show that we can not only detect the virus in sewage, but we can see trends that are broadly consistent with known infection rates in Utah’s communities,” Erica Gaddis, director of the Utah Division of Water Quality, said in a statement.

The virus in its flushed form is no longer alive, but copies of its genetic material get left behind. Officials say that even those with asymptomatic infections shed the virus in their feces.

Plant operators voluntarily collected samples at the inlets of their sewage treatment plants beginning in mid-April through the end of May. Researchers estimated viral concentration per 100,000 people.

The virus was not found in water leaving sewage treatment plants but in water entering all 10 sewage plants, officials said, with 64% of the 171 collected samples containing it.

In late May, when Cache County reported an outbreak at a Hyrum meat packaging facility that led to a sharp increase in cases, the Logan and Hyrum sewage plants also saw large increases of the virus in water samples.

Utah is now “committed to expanding and operationalizing this tool in the ongoing response to the COVID-19 pandemic,” officials said.