In a Nutshell:  Utah Governor Gary Herbert won praise of environmental groups and residents of Utah’s Snake Valley by refusing to sign an agreement that would have given half of the ancient aquifer under Snake Valley to thirsty Las Vegas.  But . . . it may not be over yet.
After four years of negotiations, Utah Gov. Gary Herbert on Wednesday rejected an agreement with Nevada that would allow Las Vegas to pump massive amounts of groundwater from the states’ shared border.

The water comes from an ice-age aquifer under the 120-mile-long Snake Valley, which supports ranching and farming on both sides of the border.

Nevada has already signed the agreement, which took four years to negotiate and allows the Southern Nevada Water Authority to build a 263-mile pipeline stretching from rural areas on the Utah-Nevada border to Las Vegas. 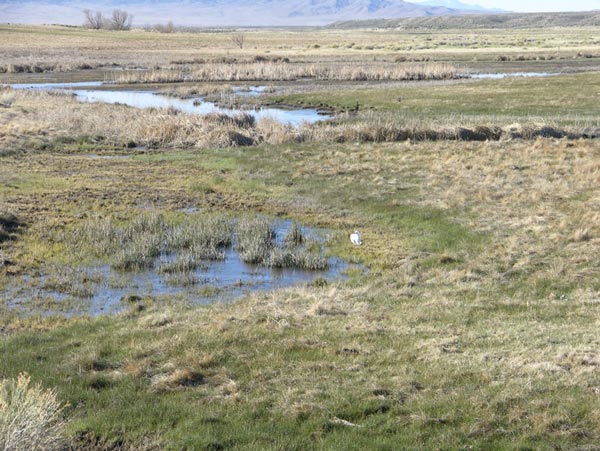 In a statement announcing his decision, Herbert said he could not sign the agreement because Utah residents in the affected area oppose the deal.

“A majority of local residents do not support the agreement with Nevada,” Herbert said, “Therefore, I cannot in good conscience sign the agreement because I won’t impose a solution on those most impacted that they themselves cannot support.”

Herbert also called the agreement one of the most complex emotional issues he’d dealt with as governor.

Herbert’s lawyers have said that if he did not sign the agreement, Las Vegas will grab a share of the groundwater anyway.

“This agreement was negotiated over many years and in good faith,” said Leo Drozdoff, director of the Nevada Department of Conservation and Natural Resources. “We are disappointed by this decision and we are evaluating all of our options in light of Gov. Herbert’s decision.”

Utah water attorneys have said the agreement was a better option for the state than a long court battle with Nevada.

“In the absence of these agreements, Nevada, because of its more pressing need for water, may simply appropriate the remaining available water in the Snake Valley groundwater system to the exclusion of Utah’s needs for future water supplies,” three lawyers advised Herbert in a report filed in November.

During an interview Wednesday afternoon, Herbert said Nevada will have to come back to the table with another agreement before any water is extracted.

If there’s a conflict or the state’s water is taken “inappropriately,” Utah would take the matter to court, Herbert said.

Under the deal, Snake Valley’s groundwater would have been evenly split between Utah and Nevada.

Patricia Mulroy, the general manager for the water authority, has said the deal would reduce Las Vegas’ reliance on the drought-prone Colorado River.

Dozens of environment groups, who have urged Herbert to reject the deal for those and other reasons, praised Herbert’s decision.

“Overall, it’s a good psychological win,” said Susan Lynn, a former coordinator with the Great Basin Water Network, which opposes the pipeline. “We think the governor was very brave and stood with the people of Utah to support their desires and wishes.”

But she also called it “a mixed blessing,” saying her group was bracing for a possible federal lawsuit by the Southern Nevada Water Authority.

Scot Rutledge, executive director of the southern Nevada-based Nevada Conservation League, said his group is concerned with the project’s environmental impacts and the potential “rate shock” consumers would bear if the expensive proposal yields less water than expected.

“We think it’s a boondoggle,” Rutledge said. “Any decision … that slows down this proposal to develop water is good news.”

The agreement called for pumping to be stopped if the water is extracted faster than it can be replaced by surrounding mountains. It would also postpone the pumping for 10 years until a review of environmental conditions is completed.

Herbert is still open to an agreement in the future, which he said would be best for both states in the long run.

“We just haven’t been able to come to an agreement that the people of Utah, particularly those most impacted, feel is in their best interest,” Herbert said. “So we have to live with the consequences, whatever they may be, of not signing the agreement. But we clearly want to leave the door open.”