In a Nutshell: Dry regions of  Texas must rely on multiple sources for water. A new reclamation plant in Big Spring, Texas is now contributing two million gallons of  water per day by reclaiming sewage.
A new wastewater reclamation facility recently opened in Texas. The $13 million plant in Big Spring mixes sewage that has been treated to drinking-water standards with treated water from lakes to produce a high-quality drinking water that meets all state and federal standards.
According to John Grant, general manager of the Colorado River Municipal Water District, the water that comes out of the reclamation plant is completely safe and if something went wrong the systems of the facility would shut down before the water was allowed to leave the plant. 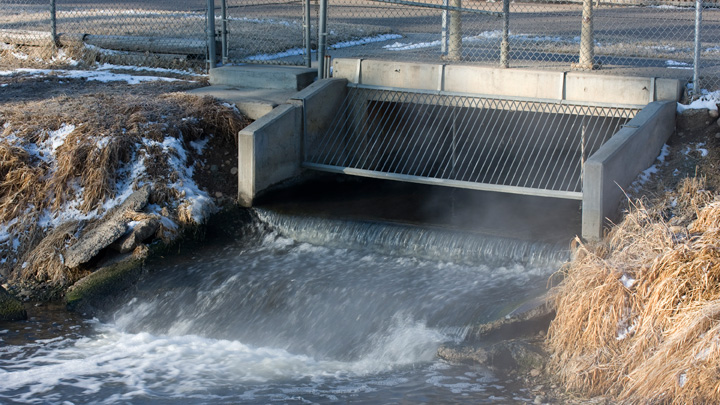 Processed and cleaned sewage flowing out of water reclamation facility.

The Big Spring plant will contribute 2 million gallons of water per day, which is only a small part of the total demand of the 500,000 people that depend on the Colorado River Municipal Water District for water. Residents of Big Spring, Midland, Odessa, Snyder and Stanton use about 40 million gallons of water per day at this time of year, but demand doubles in the scorching Texas summer.

The plant has been hailed as the first of its kind in Texas but it may not be the last. Reclamation facilities are considered a very efficient way to deal with drinking water shortage and its performance will make a difference in the area, as it is the first plant in the state to convert wastewater into drinking water. Such facilities are already operating in Tucson, Arizona, and in parts of California, as well as in other countries. Experts believe that other American cities will follow the example to cope with the growing population and increasing demand for water, The Republic newspaper said.
The facility was first launched about two weeks ago, when various tests were carried out. Water from three lakes is being treated, with one of them practically dry because of the ongoing drought. Water from groundwater wells located several counties southwest of Big Spring is also processed. People living in West Texas know that they cannot rely on a single source of water and they need to have several sources that can provide water when one or more of them run dry, Grant explained.

However, drought was not the main reason for the construction and launch of the facility, as plans started to be drawn up almost a decade ago and its construction started in 2011, which turned out to be the driest period for West Texas ever, he pointed out.

Andrea Morrow, spokeswoman for the Texas Commission on Environmental Quality, stated that authorities will be carrying out regular inspections to ensure that the water from the plant meets all standards. Over the first 12 months of operations, water samples will go through chemical analyses once every three months to check if it is compliant with state and federal regulations. In addition, the Colorado River Municipal Water District will have to submit monthly reports that include results from tests for disinfectant and microbial levels as well as for presence of lead, copper and arsenic, Morrow added.