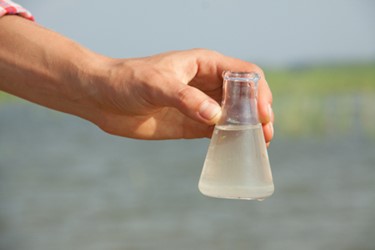 Everyone wants good-tasting water, but most water treatment plants (WTPs) are hostages to the composition of their local source water supplies. One of the components involved in taste is total dissolved solids (TDS), which can affect both the acceptability of finished water taste and its likelihood to corrode or clog pipes and fixtures. Here’s how to quantify the problem and what to do about it if it is excessive.

Water chemistry can be a complex subject based on the qualities of the source water and the objective of where it needs to be. TDS includes all conductive ions in a solution – both positively charged ions and negatively charged anions – able to pass through a 2-micron filter. TDS presents itself in multiple forms – e.g., magnesium, calcium, sodium, potassium, sulfates, chlorides, nitrates, etc. These components’ effects on drinking water treatment depend on the degree of their presence (measured in mg/L or ppm) and their impact on water aesthetics (taste and clarity). For example, TDS at elevated levels can be a concern in terms of excessive mineral deposits on water treatment and water distribution infrastructure. In and of itself, however, TDS is not considered to be a health hazard and is only regulated as a secondary drinking water standard. The U.S. EPA Guideline for TDS is 500 ppm.

Aside from the potential for corrosion, another practical matter of TDS concern for water treatment providers is the aesthetics of taste. An often-cited guideline, resulting from a study reported by William Bruvold and Henry J. Ongerth in the April 1969 AWWA Journal, classifies the correlation between TDS and taste-test results as follows:

The Luck Of The Draw

To a degree, water utilities are victims of their source water’s geography. For example, in the U.S. the Ohio, Mississippi, and Missouri river drainages all have naturally higher levels of TDS. But TDS levels can also vary within a water source based on seasonal conditions, weather events, and other external causes. These might include soil contamination, stormwater-induced runoff (urban or agricultural), or point-source pollution from sewage treatment or industrial plants.

Of the many dissolved solids potentially found in water, calcium and magnesium – in proper amounts – are key ingredients in a great-tasting glass of water. (By comparison, TDS levels in bottled mineral water typically range from 350 to 600 ppm.) Too much of a good thing, however, can lead to a metallic, bitter, or salty taste and to mineral deposits on water distribution infrastructure and consumer faucets. Other TDS salts, minerals, or organic components can also introduce undesirable tastes, especially at higher levels. While many of the ions that make up TDS are not considered health hazards, some naturally occurring toxic ions such as lead, arsenic, and cadmium can be included in TDS sample readings.

Using the behavior of electricity as a means of reflecting water chemistry is a common thread in water quality testing. For TDS detection and measurement, changes in conductivity are used to identify higher or lower concentrations of TDS in surface water. Readings can vary with gentle springtime rains that dilute TDS levels in the water or by heavy summer downpours that raise conductivity as a result of sudden heavy runoff from mineral-rich soils.

Because WTPs can be affected by water sources coming from miles away from the plant intakes, hand-held portable instruments provide a convenient means of taking accurate and reliable readings at remote locations in addition to the plant intake.

Some extremely compact instruments even include the ability to interface with smartphone apps, enabling users to collect, view, and transmit field readings easily. Readings can be completed in as little as 10 to 20 seconds, with conductivity and TDS resolution of 0.1 for measurements of 1 to 99 ppm and repeatability of + one count for readings < 1,000 ppm.

Be sure to calibrate all TDS instrumentation using the appropriate standard solutions traceable to the National Institute of Standards and Technology (NIST) and having appropriate conductivity/ppm values.

Figures 1 and 2. Compact handheld instruments and smartphone applications make the capture and management of TDS data easier, wherever readings are required.

TDS: What To Do Once You Identify It 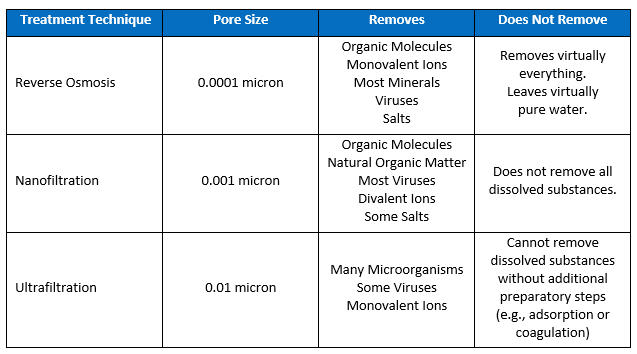 Reverse Osmosis.  Reverse osmosis (RO) is the most complete and reliable solution for removing salts and other TDS from drinking water. While it does a good job of removing all particles as well as undesirable dissolved solids, it can be very expensive. Unfortunately, it will remove all of the calcium and magnesium that can give drinking water its taste, so RO-water is often filtered back through a mineral bed of calcium and magnesium to restore those elements.

Nanofiltration. Because nanofiltration can remove some salts (divalent ions), it can be used to reduce levels of TDS and soften water.

Ultrafiltration.  While ultrafiltration will remove larger particles, in order for it to have an impact on TDS removal, dissolved substances first need to be captured through coagulation with alum or iron salts or through activated carbon adsorption.

More about TDS from this site.