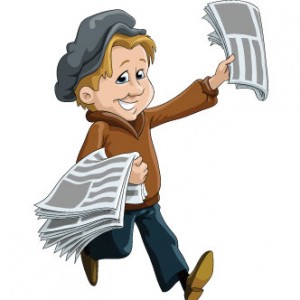 The leading water news stories of the past year

2017 was an eventful year. We saw several “top water stories” lists. What follows is Water Online‘s choice for the top three water treatment stories of the year.

Just as the country’s lead contamination crisis dominated mainstream and industry headlines alike in 2016, drinking water contamination caused by perfluorinated compounds (PFCs) was among the biggest news for the treatment community in 2017.

Lead contamination has stemmed from the presence of corroded lead service lines in much of the country’s infrastructure, while the main sources of PFC contamination appear to be firefighting foam used by the Air Force and Navy and through the manufacture of industrial products such as Teflon.

The issue found its way into consistent news coverage thanks to concerned community members in Hoosick Falls, NY. Once the red flag around the health consequences of PFC-contaminated water was raised, communities all over the country found themselves to be similarly affected. Communities in Pennsylvania, Rhode Island, Washington, and elsewhere have all raised their own concerns around the issue.

While the U.S. EPA does not have any formal regulations that limit the presence of perfluorooctanoic acid (PFOA) or perfluorooctanesulfonic acid (PFOS), the two primary PFCs found in drinking water, the agency has issued a health advisory intended to guide utilities on just how dangerous they can be. The agency noted that exposure to PFOA and PFOS can result in development effects to fetuses, cancer, liver effects, immune effects, thyroid effects, and other health consequences. It sets a combined concentration of the two at 70 ppt, though the state of Michigan has proposed the much stricter limit of 5 ppt.

As the EPA balances the possibility of instituting stricter regulations on PFCs, it has launched a “cross-agency” effort to help address contamination and has become involved in some state-led investigations. Until further federal action, however, local municipalities are left to deal with the issue on their own.

While the practice of hydraulic fracturing, commonly known as fracking, did not emerge in 2017, it certainly saw an uptick.

A combination of growing oil prices and encouragement from the current political climate has seen domestic fracking production increase steadily all year and some federal estimates project all-time highs for barrels produced per day in 2018. As the fracking production rises, so to do the produced water treatment technologies that can enable it.

Hydraulic fracturing works by using high-pressure water to drill through rocks and access oil deposits beneath them. The wastewater that stems from this process is highly contaminated and must be treated to at least some degree before it can be returned to source bodies. Increasingly, that treatment happens onsite, utilizing some of the latest decentralized treatment technology to have emerged. New projects launched this year leveraged solar power and cutting-edge filter technology to help fracking operations handle their wastewater. The solutions encouraged by the rise of fracking in 2017 could very well yield new technologies suited for treatment operations all over the country.

But along with the rise in fracking popularity and technology, the debate over the threat posed to source and drinking water quality intensified as well. The U.S. EPA has at times conflicted itself over its take on the safety of fracking, including a report that it kept hidden a report on potential health dangers. This year also had its fair share of reports that the practice poses no threat to drinking water safety.

With the practice poised to grow in 2018, the water quality debates it inspires will grow as well, as too will the novel treatment technology solutions it inspires.

When Donald Trump was elected president in late 2016, it took much of the country by surprise. Throughout his tenure in 2017, it became clear that surprises were just about the only thing one could rely on when it came to his administration.

Trump’s departure from nearly every policy and stance established during the Obama administration has undoubtedly made its way to the EPA. As such, it has had a profound effect on the drinking water and wastewater regulations in this country and the work of treatment utilities therein.

The new-look EPA, headed by former Oklahoma Attorney General Scott Pruitt, can be summed up as one that is attempting to clear regulatory red tape for the nation’s businesses, which generally prefer fewer restrictions on their environmental practices. While this means that it is easier for treatment operations to adhere to their regulatory requirements, it can also pose challenges for keeping drinking water and source water safe.

For instance, the agency has been working hard to undo the Obama era establishment of the Waters of the U.S. (WOTUS) rule, which sought to clarify which source waters fall under federal jurisdiction. Trump has issued an executive order looking to rescind and replace the Clean Water Rule, which contains WOTUS.

The EPA has also been cutting back on staff, scientists, and budget, all in an attempt to reshape the agency to be less inefficient and to clear the way for progressive industrial practices.

It’s anyone’s guess what the Trump administration has in store for 2018, but it’s clear that the new direction of the EPA will continue to have effect on the country’s treatment operations.