To Treat or Not to Treat–The Water Supplier’s Dilemma

Editor’s Note:  The piece below illustrates not only the important issue of Chromium 6 but also the dilemma faced by 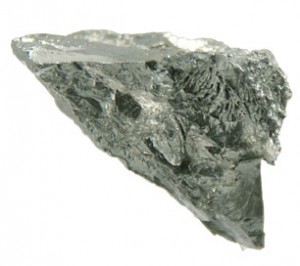 water suppliers around the world in the face of public demand for safe but inexpensive water.–Hardly Waite.

Treatment of drinking water to comply with the new standard for hexavalent chromium proposed by the California Department of Public Health could more than double water rates in the Coachella Valley.

In the long run, if it prevents higher rates of cancer, it would be worth it. The proposed standard of 10 parts per billion (ppb) is the first state limit on hexavalent chromium in the nation.

Hexavalent chromium, also known as chromium-6, is a carcinogen. The 2000 movie “Erin Brockovich” focused attention on the toxic heavy metal that tainted the water through industrial pollution in the Mojave Desert town of Hinkley. But in parts of the Coachella Valley, chromium-6 seeps into our aquifer naturally as serpentine rock along the San Andreas Fault erodes.

Local water officials say 100 wells in the valley exceed the new standard. Every well in Indio and Coachella and about half of the Coachella Valley Water District wells exceed the standard. In Desert Hot Springs, three of the Mission Springs Water District wells exceed it. The Desert Water Agency appears to be unaffected. More than 100 water systems in the state will need to upgrade water treatment.

CVWD officials estimate the cost of building treatment plants could reach $500 million. It will be the largest public works project in the valley’s history, according to Steve Bigley, CVWD’s director of environmental services. Leaders vow to keep costs as low as possible, but it is expected to add between $7 and $50 to monthly water bills. The average monthly bill is now $35.

Where to set the standard

State officials have been debating the chromium-6 maximum containment level for years. The year after “Erin Brockovich” came out, the California Legislature enacted a law requiring the standard be set by Jan. 1, 2004. The debate continued far beyond that deadline until, in 2012, a judge ordered the state to set a new standard by August.

Standards have long been established for total chromium-3, which is good for you, and chromium-6, which is not. The U.S. Environmental Protection Agency standard is 100 ppb and California’s current standard is 50 ppb. In 2011 the Office of Environmental Health Hazard Assessment established a “public health goal” of 0.02 ppb specifically for chromium-6. The standard of 10 ppb is 500 times greater than that goal. The level of 10 ppb is roughly 10 drops in a 10,000-gallon pool.

Brockovich, the former legal clerk whose crusade against Pacific Gas & Electric led to a $333 million settlement in the 1990s, expressed dismay that the state didn’t set the limit at 0.02 ppb. Other environmental groups agree.

Does it cause cancer?

In a meeting with The Desert Sun editorial board last year, local water officials pointed out that Coachella Valley residents have been drinking the water for a century and there has been no evidence of higher cancer rates. Higher rates weren’t found in Hinkley, either.

However, in 2008 the National Toxicology Program concluded there was clear evidence that chromium-6 caused cancer in lab rats. A toxicology review by the EPA concluded that chromium-6 in drinking water is “likely to be carcinogenic to humans.” It is listed as one of 800 suspected cancer-causing chemicals in California’s Safe Drinking Water and Toxic Enforcement Act of 1986.

A report by the World Health Organization released in February estimated that cancer rates would surge 57 percent over the next two decades. Steps to slow that rise make sense.

Give us time and work together

The Office of Administrative Law has 30 days to approve the standard. Once approved, it will take effect on July 1. The state needs to give the water districts enough time to design and build the treatment plants.

All the Coachella Valley water agencies should work together to meet this challenge and protect the health of our residents.