In a Nutshell: Jordan, one of the world’s 10 driest countries, just completed a billion dollar project to pump water from a 300,000-year-old southern aquifer.  Although the water is tainted with 20 times the safe amount of  radiation,  the pressing need for water is causing the government to put aside health concerns.  Having half a million Syrian refugees in the country has obviously made the water situation more intense.

Parched Jordan on Wednesday officially inaugurated a near-billion-dollar project to supply the capital with water from an ancient southern aquifer to help meet a chronic shortage. 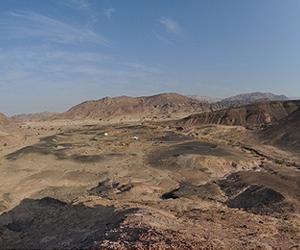 Jordan. One of the ten driest countries in the world.

“This amount covers 20 to 25 percent of Jordan’s drinking water needs.”

The water ministry started an experimental pumping of water from wells of the Disi aquifer last Wednesday.

Officials say the much-awaited $990 million project required 250,000 tonnes of steel and the digging of 55 wells to pump water from Disi to Amman, where the per capita daily consumption of its 2.2 million population is 160 litres (42 gallons).

The water ministry says Jordan, where 92 percent of the land is desert, will need 1.6 billion cubic metres of water a year to meet its requirements by 2015, while the population of 6.8 million is growing by almost 3.5 percent a year.

The demand for water is constantly rising in Jordan, which mainly depends on rainfall and is currently home to more than 500,000 Syrian refugees.

A 2008 study by Duke University, in the United States, shows that Disi’s water has 20 times more radiation than is considered safe, with radium content that could trigger cancers.

But the government and some independent experts have brushed aside such concerns, stressing that Disi water can be treated by diluting it with an equal amount of water from other sources.