The US Navy Trashes the Water of Diego Garcia

Editor’s Note:  Most Americans have never heard of Diego Garcia except as a causal mention on a newscast about war. The island is the staging source for many of the bombs that the American military rains on countries like Afghanistan and Iraq.   The Independent article below accurately summarizes the arrogant disregard for humanity and the environment by both the American and British governments in the shameful history of the seizing of the island and the cruel  disregard for its rightful owners. The Pure Water Gazette has published a number of pieces on the subject.  One, an article sent to us years ago by its author who is a native of the region, is of particular interest. Please see Lindsey Colleen’s excellent plea for justice for the island’s deposed inhabitants on the Gazette’s old site.  The current piece is yet another indictment of the US military’s ongoing war on water. –Hardly Waite. 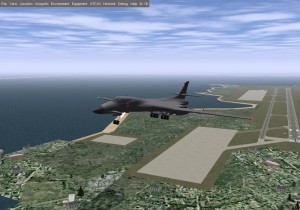 The American military has poured hundreds of tonnes of human sewage and waste water into a protected coral lagoon on the British-owned base of Diego Garcia over three decades in breach of environmental rules, The Independent can reveal.

The Indian Ocean base on the Chagos Islands has been one of the world’s most isolated and controversial military installations since Britain forcibly removed hundreds of islanders in the early 1970s, abandoning them to destitution, to make way for US forces including nuclear submarines and bombers.

The British Government has repeatedly underlined its commitment to maintaining the pristine environment of the islands, which are known as the British Indian Ocean Territory (BIOT) and were four years ago declared the world’s largest marine reserve.

Despite these undertakings, it has emerged that US Navy vessels have been discharging waste water, including treated sewage, into the clear lagoon ever since a naval support station was established on Diego Garcia in the early 1980s.

According to scientific advisers, elevated levels of nutrients caused by the waste – which have resulted in nitrogen and phosphate readings up to four times higher than normal – may be damaging the coral.

Friday night, campaigners fighting for Chagossians to be allowed to return accused the British and US authorities of double standards by using the unspoilt character of the archipelago as a reason to prevent repopulation while themselves creating pollution.

Philippa Gregory, author and patron of the UK Chagos Support Association, said: “While the people who were born and bred on Chagos are not allowed to return to their island, the military base of Diego Garcia houses about 5,000 US servicemen and women and ancillary workers. It makes no sense to suggest that Chagossians cannot return because of pressure on the environment.”

The tiny atoll, also home to about 30 Royal Marines, is one of Washington’s most important strategic air and naval bases, used as a key staging post for US bombing raids against Saddam Hussein and the war in Afghanistan. The UK territory was also used for two CIA “extraordinary rendition” flights carrying terrorist suspects in 2002.

The discharge practice came to light last year but has only now become public after the Foreign and Commonwealth Office (FCO) deposited a written statement in Parliament.

Foreign Office minister Mark Simmonds wrote: “In April last year it came to our attention that the US vessels moored in the lagoon had been discharging waste water into the lagoon since the establishment of the naval support station there in the early 1980s.

“This waste water is treated sewage, and water left over from routine processes like cleaning and cooking.”

Mr Simmonds conceded that the waste was being pumped into the lagoon contrary to British “policy” and could be resulting in damage to the coral, which is protected under the intergovernmental Ramsar Convention on wetlands. It is not known how much waste has been discharged and how often, but a large vessel can generate several tonnes of watery waste and sewage per day, suggesting that hundreds of tonnes will have been discharged in the past 30 years.

Mr Simmonds said: “Our policy has consistently been that any form of discharge of these substances into the lagoon is prohibited because of clear scientific advice that it would be damaging to coral in the long term. That advice has not changed, and nor has our policy. UK scientists concluded that, based on available data, there were elevated levels of nutrients in the lagoon which could be damaging to coral.” The FCO said a study was under way to assess the health of the coral.

Britain insists it has “stringent environmental legislation” in place to protect Diego Garcia, which counts as British territory and is overseen by a Royal Navy commander known as the British Representative. But it is unclear whether it has taken any formal enforcement action against the US Navy.

When asked by The Independent whether US authorities had received any notice of breach of UK law or been prosecuted or fined, the FCO said: “Since identifying this issue in April last year, we have worked with our US partners to assess the scale of the problem and rapidly agree a comprehensive mitigation plan that is now well under way.”

Britain has repeatedly used the need to conserve the Chagos Islands  as a reason for denying longstanding calls by Chagossians to be allowed to return. A leaked diplomatic cable from 2010 revealed how British diplomats believed the creation of the marine reserve would ensure no “Man Fridays” arrived on the islands and “put paid to resettlement claims of the archipelago’s former residents”. 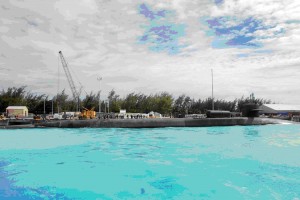