The Politics of Water. Should the Clean Water Act pay for a bridge?

A Bridge Too Far 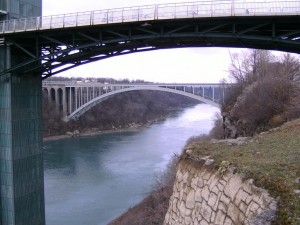 Several environmental groups have filed a lawsuit in New York to prevent state officials from using money from the Clean Water State Revolving Fund to build a bridge—something they contend has nothing to do with clean water.

The purpose of the CWSRF is to provide low-interest loans for communities to meet Clean Water Act goals. Since it began 25 years ago, the CWSRF has provided more than $100 billion in funding, currently averaging about $5 billion a year for controlling nonpoint-source pollution, protecting drinking water sources, treating wastewater, and other water-related projects. In all it has funded more than 33,000 loans.

Construction work for the Tappan Zee Bridge, the lawsuit says, is not one of those projects. New York State is trying to pay for $511 million in bridge-related work—including dredging, pile driving, and demolition—with CWSRF funds. In September EPA stated that the work to be done with $482 million of the proposed loan, or about 95%, was not an appropriate use of CWSRF money, but the state says EPA’s approval is not needed, according to the suit.

Marc Yaggi, executive director of Waterkeeper Alliance, one of the groups filing the lawsuit, said that allowing the state to use clean water funds for other purposes would set a bad precedent for other states to do the same. The other groups filing the suit are Riverkeeper and Environmental Advocates of New York.

You can read the complete lawsuit here.