The Ogallala Aquifer and Texas Agriculture

The Ogallala Aquifer Is Being Pumped Dry by Texas Farmers

Excerpted from the Texas Tribune: Texans Look Beneath the Surface for Water by Neena Satija

The Ogallala Aquifer is one of the largest groundwater resources in the country, stretching across eight Western states, supplying drinking water for millions and supporting an estimated 25 percent of the nation’s agricultural production.

In the past 60 years, according to the U.S. Geological Survey, the aquifer has been pumped so heavily that water that has built up over 10,000 years is quickly depleting. Unlike most aquifers in Texas, the Ogallala gets very little water from “recharge” — the process by which rain percolates through the ground and replaces lost groundwater. 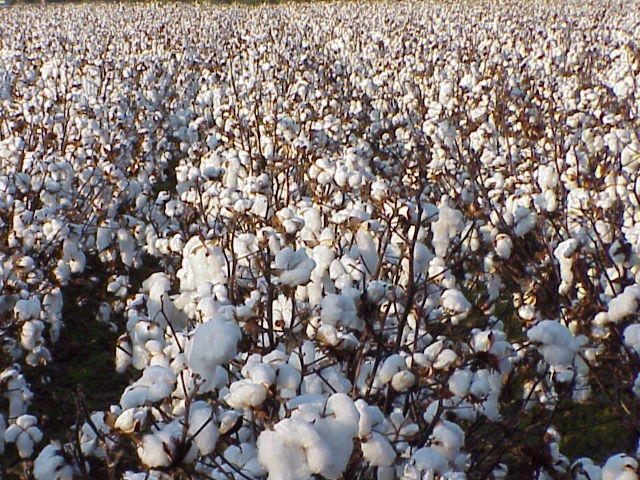 Yet when the High Plains district suggested setting pumping limits on the Ogallala for the first time in 2011, the board faced a public outcry. Farmers attended meetings in droves, calling district leaders “socialists” and “tyrannical.” Under the new rules, pumping would be limited to about 570,000 gallons per acre per year in 2012, and restrictions would get more severe in the following years. The district’s board quickly backed down, saying no one would be penalized for violating the rules for at least a year.

“I was shocked,” J.O. Dawdy, who grows cotton in Floyd and Lubbock counties, said of the restrictions. “It’s too cut and dry. There’s just no allowances for variations.”

Dawdy said that the past two years have been so dry that he needed to pump at least 760,000 gallons per acre each year on much of his land to produce a viable cotton crop. Exceeding the limit could have made him subject to fines as large as $2 million, he said.

Dawdy has joined a group of high plains farmers called the Protect Water Rights Coalition. Such groups have helped replace the general manager of 12 years and four of the five members on the High Plains’ water district board with more conservative property rights advocates. Last week, board members voted to extend the moratorium on enforcing the new rules for another year.

Dawdy said farmers can conserve the Ogallala through improved technology and irrigation techniques, in which he has already invested thousands of dollars.

“We’re aware that it’s a dwindling resource. We’re trying to take care of it. We feel like we’re in a position to take better care of it rather than some bureaucracy, or some committee in Austin,” he said.

But without enforceable pumping regulations, it’s unclear whether water-heavy crops like cotton could continue to be produced in the next half-century. C.E. Williams, general manager of the neighboring Panhandle Groundwater Conservation District, which also manages the Ogallala, compares the aquifer to a financial resource.

“I don’t care how big your bank account is. If you’re taking dollars out and you’re putting pennies in, there’s going to be an end to the road,” Williams said.

The Panhandle district introduced pumping regulations in 1999 but didn’t begin regular enforcement until 2004. Users can’t pump more water than would contribute to a 1.25 percent decline in the Ogallala’s levels annually. For many farmers, Williams said, that amounts to an allowance of 400,000 to 500,000 gallons per acre of land per year.

“You’re not going to please everybody all the time,” Williams said. “But as a general rule, we’ve had fairly good buy-in from the general public.” He said that his district’s rules were probably less controversial because, unlike the High Plains district, they weren’t implemented during one of the most severe droughts in recent memory.

But Williams is worried that even those rules could come under attack in the wake of a recent judgment in a lawsuit against the Edwards Aquifer Authority by Glenn and JoLynn Bragg, pecan growers in Hondo. A Texas appeals court ruled that the Braggs’ property had been taken from them when the Edwards Aquifer Authority limited their ability to pump water under their land to sustain their pecan grove.

Dawdy, the cotton farmer in the High Plains district, said that if the district there seriously implemented pumping regulations, he would likely resort to a lawsuit.

Farmers aren’t the only users in the Panhandle who are fighting for water. The growing city of Lubbock has become more reliant on groundwater since its reservoir, Lake Meredith, is now empty. But utility officials there are also keenly aware that the Ogallala has a limited supply of water.

State Sen. Troy Fraser, R-Horseshoe Bay, chairman of the Senate Natural Resources Committee, said districts like the Panhandle and the High Plains, which both manage the same water resource, must work together. Otherwise, the state will have to get involved and force them to cooperate.

“I’ve said, guys, either y’all get together, do this on a voluntary basis, or you’re going to force the Legislature to address it,” Fraser said. “I’m just putting a warning out that you need to solve your own problem, or you’re going to back us into a corner.”

Any attempt to impose statewide control on a locally controlled resource in rural, conservative Texas is sure to be a battle. Efforts to require meters on wells in the High Plains district to allow better data collection were met with opposition, and were shot down in 2012 by moratoriums that were extended last week.