The Ocean and the Moon. How the Moon Affects Tides

Editor’s Note:  Science (our religion) is mainly a cataloging of events and objects and assigning them a cause.  It uses the moon to explain the periodic bulging and surging of the ocean that we call tides.  This may be, but I believe someday we may discover that it is the tides that cause the moon.

Most of the information below is adapted from an interesting website called Keith’s Moon Page.–Hardly Waite. 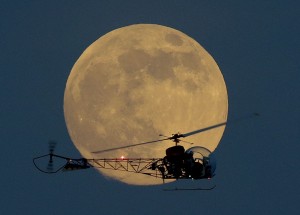 The word “tides” is a generic term used to define the alternating rise and fall in sea level with respect to the land, produced by the gravitational attraction of the moon and the sun. To a much smaller extent, tides also occur in large lakes, the atmosphere, and within the solid crust of the earth, acted upon by these same gravitational forces of the moon and sun.
Tides are created because the Earth and the moon are attracted to each other, just like magnets are attracted to each other. The moon tries to pull at anything on the Earth to bring it closer. But, the Earth is able to hold onto everything except the water. Since the water is always moving, the Earth cannot hold onto it, and the moon is able to pull at it.

Each day, there are two high tides and two low tides. The ocean is constantly moving from high tide to low tide, and then back to high tide. There is a period of about 12 hours and 25 minutes between the two high tides.

When the moon is full or new, the gravitational pull of the moon and sun are combined. At these times, the high tides are very high and the low tides are very low. This is known as a spring high tide.

Spring tides are especially strong tides (they do not have anything to do with the season Spring). They occur when the Earth, the Sun, and the Moon are in a line. The gravitational forces of the Moon and the Sun both contribute to the tides. Spring tides occur during the full moon and the new moon.

Neap Tides
During the moon’s quarter phases the sun and moon work at right angles, causing the bulges to cancel each other. The result is a smaller difference between high and low tides and is known as a neap tide. Neap tides are especially weak tides. They occur when the gravitational forces of the Moon and the Sun are perpendicular to one another (with respect to the Earth). Neap tides occur during quarter moons.

Winds and currents move the surface water causing waves. The gravitational attraction of the moon causes the oceans to bulge out in the direction of the moon. Another bulge occurs on the opposite side, since the Earth is also being pulled toward the moon (and away from the water on the far side). Ocean levels fluctuate daily as the sun, moon and earth interact. As the moon travels around the earth and as they, together, travel around the sun, the combined gravitational forces cause the world’s oceans to rise and fall. Since the earth is rotating while this is happening, two tides occur each day.