The Demise of Lake Atitlan, One of the World’s Most Beautiful 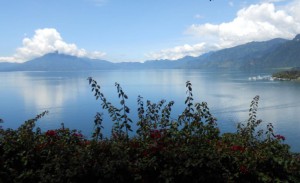 GUATEMALA CITY – Once described by Aldous Huxley as the Lake Como of Guatemala, Lake Atitlán is a justified staple on the Central American tourist trail. However, over the past few years, agrochemicals, raw sewage, litter and shore development have taken their toll, turning the fresh blue water a murky shade of brown, turning tourists away.

This week a joint initiative by the Italian and Guatemalan governments called “Yo soy Atitlán” aims to raise the profile of Lake Atitlán’s problems and work with environmental organizations, experts and the surrounding communities to combat the contamination that threatens to destroy one of the world’s most picturesque places.

What was considered to be a local problem has drawn international concern as a team of Italian experts arrived in Guatemala earlier this week, keen to share their knowledge of how their own country rescued its lakes in the 1980s.

The Italian Embassy in Guatemala said that in “Italy, too, we have lived through contamination.”

According to a study by Del Valle University in Guatemala, over the past 45 years the pollution of Lake Atitlán, located 120 kilometers west of the capital, has contributed to a reduction in the transparency of the water, from 11 meters to 5.5 meters, and a decrease in the concentration of oxygen in the water from 7mg/liter to 0.3.

According to Margaret Dix, a biology professor at Del Valle University, pollution of the lake has led to a reduction in tourism, jobs, fish and food, and an increase in poverty and illnesses for the surrounding communities, for whom the lake represents a primary source of water.

“Every year one million cubic meters of untreated raw sewage enters the lake; 109,500 metric tons of litter – 3 pounds of solid waste per person, per day – and 110,000 metric tons of soil is lost due to erosion,” Dix said. 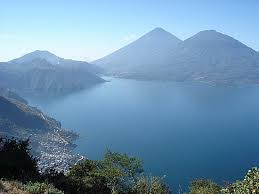 “To improve the ecological conditions of the lake, territorial planning is needed with an integrated management of solid and liquid waste to prevent the entry of raw sewage and to reduce the accumulation of phosphorous and nitrogen.

“Experiences in other parts of the world show that generally for lakes similar to Atitlán, traditional treatment plants are inadequate and have a prohibitively high operational cost. The solution is to export raw sewage to another basin where it can be treated to eliminate pathogens and the water can be used in agriculture. Many experts consider this to be the best option,” Dix said.

Various activities have been organized as part of the two-week campaign launch, such as an Italian rock concert in Guatemala City, which was opened by a Mayan cultural group and attended by approximately 1,000 people. Proceeds were donated to the Yo soy Atitlán program.

A forum for experts – from environmental ministers to conservationists – also was held to discuss possible solutions to eliminate the contamination, and a project called “Lancha Azul” will kick off next week to encourage dialogue among the surrounding lake communities and to teach them about solid-waste management.

Yo soy Atitlán hopes to encourage as many people as possible from the government and nongovernmental organizations, as well as environmental experts, communities around the lake and academic institutions to get involved and debate the challenges and goals for Lake Atitlán over the coming years.

Said Dix: “The future is in our hands. There’s still time to stop the degradation process of Lake Atitlán.”