The Dangers of Water, Especially When Drunk From Metal Bottles 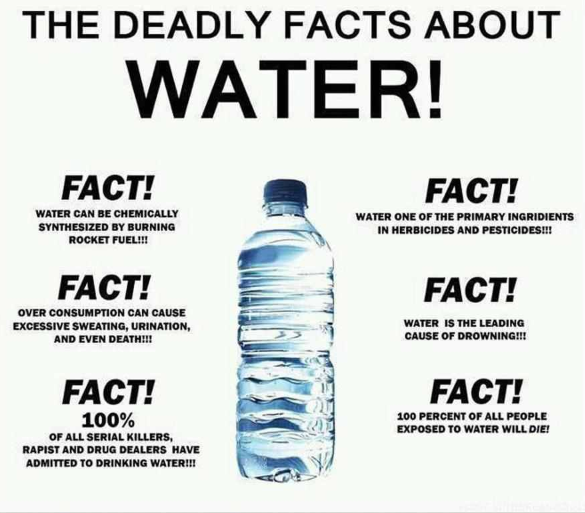 Furthermore, almost all alcohol abusers started on water and  most flooding is directly caused by water.  The list of the dangers of water could go on forever.   However, on a serious note  . . .

NBC’s Rossen Reports revealed that popular metal bottles can grab the drinker’s tongue,  which swells rapidly in the neck of the bottle making it impossible to extract the tongue from the bottle.  This is especially dangerous for children, and several children whose tongues have been trapped by water bottles have had to undergo dangerous and painful surgical removal.  Seeing the NBC video will make your realize that poking your tongue into a metal water bottle may be as dangerous as licking a pump handle in sub-freezing weather.

Above: Mary Kate Person got her tongue trapped inside a metal water bottle  Extracting her tongue required traumatic  surgery and several days in the hospital.