Introductory Note by Gene Franks: Chloramine is not new.  It has been used as a disinfectant in US water supplies since the 1920s.  Nevertheless, when cities contemplate the change from chlorine to chloramine as their water disinfectant, there is usually controversy, sometimes heated. The change to chloramine is very important to aquarium owners, to beer and bread makers,  to dialysis clinics, and to the small percentage of people whose skin or respiratory system seems to be especially sensitive to chloramine.  There are also plumbing issues to be considered. Chloramine is often blamed for leaks in copper pipes.  To water treatment dealers, chloramine represents a challenge, since it is considerably more difficult to remove than chlorine.

Since people usually form opinions based on how an issue affects them personally, I thought it would be good to reprint a chloramine article that looks at the issue from a different angle.  The piece reprinted below, in slightly truncated form, concerns the decision being considered in Marion, Ohio about whether to switch to chloramines or to seek out a completely different substitute for chlorine.  As you will note, and the most outspoken opponents of chloramine usually ignore this, the option to stick with chlorine as usual is actually not an option for the city because sticking with the status quo has already been vetoed by the EPA.  The city’s water has been found to be in violation of EPA standards, so a change is required.  In the article below, Aqua Ohio, the water supplier for the city, is getting pressure from several sources.

(Note that the terms “chloramine” and the plural “chloramines” are often used interchangeably. This is because although “monochloramine” is usually the water treatment product, chloramine actually exists in other forms, depending on water conditions such as pH.)

MARION — City Council asked Aqua Ohio to come up with alternative methods to using chloramines in the local water supply, but the company maintains that chloramines are the best option.

Council will hear from Aqua officials and the general public after the regularly-scheduled meeting. Aqua has met with the county commissioners and with City Council in the past. The Ohio Environmental Protection Agency will address the municipal services committee, 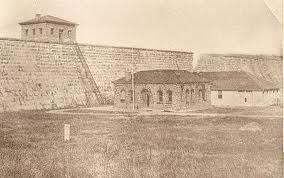 Chlorine disinfection has been used in the US since 1904, and chloramination is almost as old.

Council drafted a 45-day moratorium and gave it a first reading two weeks ago, in case Aqua did not comply with the wishes of council or the public. Council would issue a $10,000 fine for every day that Aqua put chloramines into the water if the moratorium were to go into effect.

Ed Kolodziej, the president and Chief Operating Officer of Aqua Ohio, said his company would have to “make a choice” if it came down to abiding by council’s ordinance or by federal regulations.

Chloramines are created when ammonia reacts with chlorine in the water. Aqua planned to switch the treatment process for Marion water from chlorine to a two-step process of chlorine and chloramines. Tom Schwing, Aqua Ohio’s environmental safety and compliance manager, said this is to stay in compliance with Ohio Environmental Protection Agency regulations.

According to the EPA, chlorine alone forms many byproducts, including trihalomethanes (THMs) and haloacetic acids (HAAs). Some THMs are carcinogens. The EPA wants water systems to measure the output of these byproducts every quarter. In the past, Schwing said, the EPA averaged all the separate test sites together to see how many THMs and HAAs are in the water. Now, the EPA will look at how many of these byproducts are at each individual site, and keep a running average over the last four quarters.

Some of the Marion areas are at risk of going over the EPA’s limit, Schwing said, so Aqua needs to find a sanitation method that keeps the water cleaner for longer periods of time while it is in the pipes.

Chloramine forms a lower level of THMs and HAAs, but it has some health risks, according to the EPA. People on dialysis and people with fish tanks should not use chloraminated water because the ammonia is harmful when inserted directly in the bloodstream.

People from across the country have reported negative effects of chloramines, from skin rashes and respiratory problems to damage in their house’s pipes. Several groups have been established to combat the use of chloramines. Aqua said there have been no studies proving that chloramines cause any negative effects, but a group of Marion residents and some members of local government are worried about the chemicals’ potential to harm.

Kolodziej and Tom Schwing, Aqua Ohio’s environmental safety and compliance manager, said chloramines are the most cost-effective option for staying in the EPA’s guidelines.

Of the available water treatment options, they said, three would work in Marion and would reduce the harmful byproducts in the water. One is chloramines, one is a granular-activated carbon (GAC) filtration system, and one is an ozonation and biological filtration process.

Schwing said Aqua’s other facilities, such as the ones near Lake Erie, draw water from cleaner sources and can use different methods for keeping the water safe. He said only certain methods work for Marion. He also said that since Marion’s water supply stays in the pipes longer, chloramines will help keep the disinfection byproducts low in the outlying areas.

Schwing said there are downsides to the other methods of disinfection, and that Aqua would have to pay for testing and construction before implementing new methods. The chloramination equipment is currently under construction at the plant.

GAC filters can prevent or remove the disinfection byproducts, and would absorb any bad biomaterial, according to the Siemens water technologies website. Ozonation would take this process a step further by injecting ozone into the water before running it through a GAC filter or another biological filter. According to Ozone Technology, Inc., ozonation will react with the water and increase the effectiveness of the biofilters downstream.

Editor’s Note: The Marion Star article ends with a long list of cities in Ohio and worldwide that use chloramine and a long list of cities that don’t. This 2013 article presents the pros and cons of a controversy that hasn’t changed much. More and more cities are switching to chloramine but the controversy goes on. The switch is not always controversial. Our local water department has used chloramine for many years and most of our local customers, even the most health conscious, call it “chlorine” and are not even aware of the issue. From a treatment perspective, chloramine is harder to remove than chlorine, but by no means impossible to treat. The sticky issue is, what happens to the ammonia? Here’s a list of Pure Water Gazette articles that will tell you more than you want to know about chloramines. I especially recommend Chloramine Removal for which Emily McBroom and I spent several months of Saturdays testing a variety of real water treatment devices for chloramine/ammonia removal.