Introductory Note:  This piece from the Waxahachie (TX) Daily Light illustrates the complexity of water planning in the context of  current political realities.  Although Rep. Larson’s article has patent political motives, it speaks to the immense  difficulty of getting consensus even on such an obvious need as the provision and protection of water resources at a time of clearly increasing demand.  All agree that we need more water, but the need for education is also so compelling that water can become a political bargaining chip.  –Hardly Waite, Pure Water Gazette.

The Stress Nexus, the interconnectivity between water, energy and food, is not a concept we hear discussed often, but acknowledging its existence is necessary to understand the seriousness of our water needs. 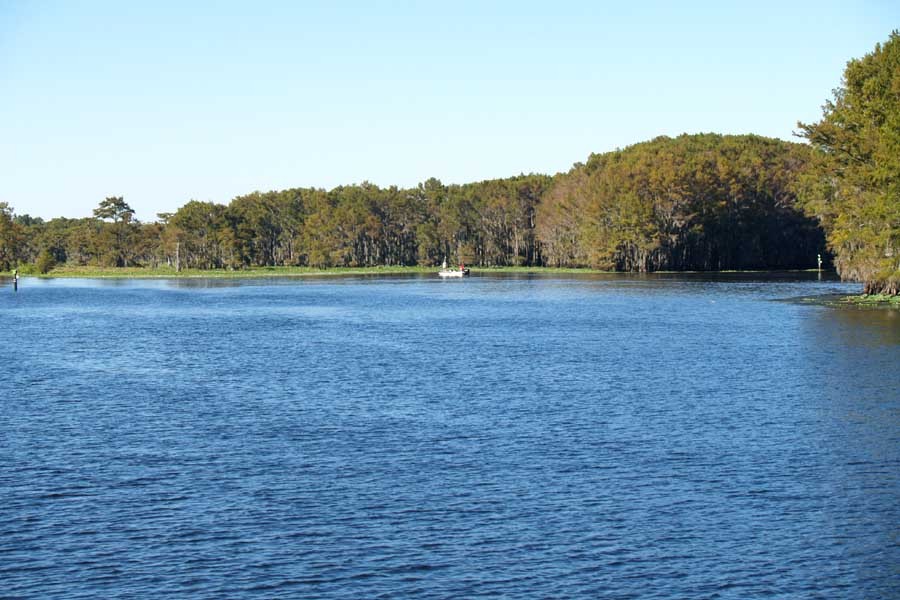 Caddo Lake, Texas. Texas has much water, but it needs more.

In the face of a growing population, rapid urbanization, and limited access to diminishing natural resources, it’s imperative that we embrace a progressive shift in the way that we think about how to ensure future security in these three areas.

Fortunately, the state’s leadership came to Austin in January prepared to tackle this challenge head on, and finally put together a solution to our water crisis that would address the Stress Nexus and prepare Texas for the 80 percent population increase we’re expected to see by 2060.

Governor Perry, Lieutenant Governor Dewhurst and Speaker Straus each expressed their commitment to bolstering our water supply early on. House Natural Resources Chairman Allan Ritter worked hard to bring forward a solution in the form of HB 4 and HB 11. These bills were developed to create a water infrastructure bank that will loan money to local entities, at much lower rates than they could get on the open market, to build projects that will ensure every community in Texas has the water it needs for the future.

HB 4, the bill that set up the framework for the State Water Infrastructure Fund, passed both the House and Senate early in the Session, signaling the Legislature’s commitment to fixing our water predicament. However, when it came time for the Texas House to fund the solution proposed in HB 4, it appears some let politics get in the way of fixing a major problem facing our state.

HB 11 would take $2 billion from the state’s Economic Stabilization Fund, also known as the “rainy day fund,” to provide the seed money for the water infrastructure bank that will fund these low interest loans. Due in large part to the booming oil and gas industry, the rainy day fund contains nearly $12 billion. Using just 15 percent of this fund to address one of the most vital needs of our state should be a no brainer.

As the House began to move this proposal forward, it became clear that a contingent of the membership was intent on holding water funding for ransom in exchange for more education money.

Despite the House’s commitment to funding education — in the form of a $5 billion increase over last session — and fully funding Medicaid, these members imprudently killed HB 11 using a procedural tool.

The Republicans in the House have worked in good faith with the Democrats to make education a top priority this Session. While adequately funding education is a major goal of this Legislature, so should be addressing our water crisis.

The Democrats in the house are risking all of the gains in education and healthcare they realized through negotiations with the Republicans by attempting to stop us from accessing the rainy day fund, unless they are allowed to sweeten their top two priorities even more. This is undermining the unprecedented bipartisan cooperation we have seen over the first 4 months of the session and, frankly, it is bad for Texas.

Without water we will stop attracting jobs to Texas and severely limit food supplies. Providing education, healthcare and water funding are all major responsibilities of the Legislature, but they shouldn’t be competing priorities. Rather, members of the Legislature can and should work together to achieve all of these worthy objectives.

With the clock running out on the 83rd Legislative Session, we can’t afford to put politics ahead of providing for our state’s most critical needs.