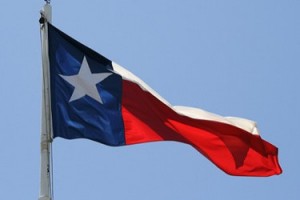 Another First: Texas Leads the Nation in Water Violations.

Ranking Texas worst-in-nation for water violations, a new report is raising questions about whether Texas regulators are doing enough to protect the water supply.

The new report from Environment Texas Research and Policy Center tallied up how many times “major industrial facilities released pollution that exceeded the levels allowed under their Clean Water Act” during a 21-month period.

In Texas, that happened 938 times, more than any other state. Ranked second was Pennsylvania with 633 times and third was Arkansas with 567 times. Rounding out the top five were Louisiana (535 times) and Ohio (491 times).

The report provided examples of facilities that violated multiple times and questioned whether overseers at the Texas Commission on Environmental Quality (TCEQ) are doing enough to respond, according to The Texas Observer.

“Between January 2016 and September 2017, Ineos USA’s facility in Brazoria County violated their permit to dump wastewater into Chocolate Bayou eight times. In all cases, the company released waste with high levels of E. coli, a bacteria that indicates the presence of feces. The facility has been out of compliance with the Clean Water Act a total of 12 months out of the last three years. TCEQ hasn’t fined the facility once,” the report said.

The facility makes polymers used in pipes and pharmaceuticals, The Observer reported. It is just one among 132 industrial facilities to violate its wastewater permit last year.

For context, the reported noted that Texas has a large number of industrial facilities.

“However, the state also ranks first in facilities that exceeded pollution standards multiple times and for facilities that broke permitted limits seven times or more,” The Observer added.

“TCEQ has a lax enforcement regime,” he said. “That contributes to the high exceedance levels. Many facilities don’t have any pressure to comply with the permits.”

Previous reporting has found that state agencies in Texas have not done enough to respond to air pollution, as well. A report from The Texas Observer said the agency is toothless against companies that are “too big to fine,” and therefore focuses on businesses that are “too small to fight back.”