Private Wells Should Be Tested  At Least Annually

City water supplies are tested for pathogens frequently–in some cases, several times a day.  Well owners, however, frequently hold the opinion that when they bought the property the well was tested and that means that it’s safe for life.

In most cases the testing that is done when a home changes hands is only the most rudimentary test for coliform.  Moreover, this test usually has little validity because realtors and even county officials often suggest that if the well fails, the seller of the property should “shock” treat it, then test again immediately.  Passing this test offers no assurance that bacteria won’t return as soon as effect of the massive chlorine dose  wears off.

The Texas Well Owners Network recommends at least annual testing for the following:

Nitrates.  Water with nitrates at levels of 10 parts per million is considered unsafe for human consumption. Nitrate levels above 10 ppm can disrupt the ability of blood to carry oxygen throughout the body, resulting in a condition called methemoglobinemia. Infants younger than 6 months old and young livestock are most susceptible. 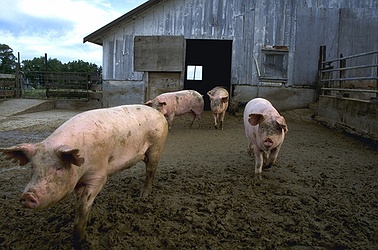 Livestock feedlots are a primary source of nitrates in well water.

Total Dissolved Solids (TDS).  While high TDS itself offers no immediate threat to health,  an increase in salinity can indicate problems with the well.  Water with high TDS levels may leave deposits and have a salty taste. Additionally, using water with high TDS for irrigation may damage soil or plants.

In addition to the basic annual tests recommended by the Texas Well Owners Network,  common sense should mandate more extensive testing when a home with a well is purchased and on a regular basis thereafter.  Comprehensive testing at five year intervals at the very least would seem advisable.

The home owner is his own water superintendent.  If he doesn’t take care of his water, no one will.  A regular comprehensive water test can provide peace of mind in an age of rapid population growth,  agricultural excesses, and invasive petroleum development.

Most city and county governments offer inexpensive tests for coliform bacteria.  Nitrates and Total Dissolved Solids can be tested with inexpensive home testing devices,  and there are many excellent labs that offer comprehensive testing at a reasonable price.