TRAVERSE CITY, Mich. — Scientists who have reported that the Great Lakes are awash in tiny bits of plastic are raising new alarms about a little-noticed form of the debris turning up in sampling nets: synthetic fibers from garments, cleaning cloths and other consumer products. 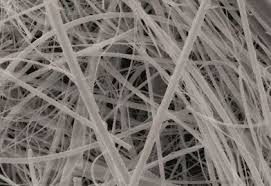 They are known as “microfibers” — exceedingly fine filaments made of petroleum-based materials such as polyester and nylon that are woven together into fabrics.

“When we launder our clothes, some of the little microfibers will break off and go down the drain to the wastewater treatment facility and end up in our bodies of water,” Sherri “Sam” Mason, a chemist with the State University of New York at Fredonia, said Friday.

The fibers are so minuscule that people typically don’t realize their favorite pullover fleece can shed thousands of them with every washing, as the journal Environmental Science & Technology reported in 2011.

Over the past couple of years, Mason and colleagues have documented the existence of microplastic litter — some too small to see with the naked eye — in the Great Lakes. Among the particles are abrasive beads used in personal care products such as facial and body washes and toothpastes. Other researchers have made similar finds in the oceans.

A number of companies are replacing microbeads with natural substances such as ground-up fruit pits. Illinois imposed a statewide ban on microbeads last year. Similar measures were proposed in California and New York.

But microfibers have gotten comparatively little attention. They’ve accounted for about 4 percent of the plastic litter that Mason and her students have collected from the Great Lakes. The group drags finely meshed netting along the lake surfaces, harvesting tens of thousands of particles per square mile, and study them with microscopes.

About three-quarters of the bits they’ve found are fragments of larger items such as bottles. Smaller portions consist of microbeads, Styrofoam and other materials.

But when Mason’s team and a group from the Illinois-Indiana Sea Grant program took samples from southern Lake Michigan in 2013, about 12 percent of the debris consisted of microfibers. It’s unclear why the fibers were three times as prevalent in that area as elsewhere in the lakes, although currents and wave actions may be one explanation, said Laura Kammin, pollution prevention specialist with Sea Grant.

Ominously, the fibers seem to be getting stuck inside fish in ways that other microplastics aren’t. Microbeads and fragments that fish eat typically pass through their bodies and are excreted. But fibers are becoming enmeshed in gastrointestinal tracts of some fish Mason and her students have examined. They also found fibers inside a double-crested cormorant, a fish-eating bird.

“The longer the plastic remains inside an organism, the greater the likelihood that it will impact the organism in some way,” Mason said, noting that many plastics are made with toxic chemicals or absorb them from polluted water. She is preparing a paper on how microplastics are affecting Great Lakes food chains, including fish that people eat.

There’s also a chance that fibers are in drinking water piped from the lakes, she said. Scientists reported last fall that two dozen varieties of German beer contained microplastics.

Because microfibers are used so widely, there’s no obvious solution, Mason said. Persuading people to stop wearing synthetic clothes likely would be a tougher sell than the idea of switching facial scrubs.

But pollution prevention remains the best way to protect the lakes, Kammin said.

“It’s very hard to remove these microplastics once they’re out there,” she said.