Gazette’s Introductory Note: The piece below is adapted from an information sheet provided by the non-profit Water Systems Council.  It addresses one of the more confusing topics in water treatment, the “sulfur” or rotten egg smell in well water. Bad smelling water is variously attributed to sulfur, sulfate, or hydrogen sulfide. This document seeks to shed some light on the origin and treatment of bad smelling water. 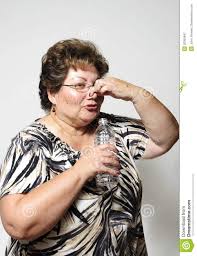 Two forms of sulfur are commonly found in drinking water: hydrogen sulfide and sulfate-reducing bacteria. Both forms are nuisances that usually do not pose a health risk at the concentrations found in domestic wells.

Hydrogen sulfide gas occurs naturally in some ground water that contains decaying organic matter, such as wetlands, marshes, swamps, river beds. It may be found in deep or shallow wells. Hydrogen sulfide is often present in wells drilled in shale or sandstone, or near coal or peat deposits or oil fields.

Sulfate is a combination of sulfur and oxygen, and is part of naturally occurring minerals in some soil and rock. The mineral dissolves over time and is released into ground water. Sulfur odor is produced when a non-harmful sulfur-reducing bacteria digests a small amount of the sulfate mineral.

What are the health effects of Sulfur?

The EPA considers sulfur a secondary water contaminant, with no direct threat to human health. Sulfate gives water a bitter taste and can have a laxative effect that may lead to dehydration. Hydrogen sulfide gives water a “rotten egg” odor and taste, and can cause nausea.

How do I test for Sulfur?

The EPA sets standards for secondary water contaminants based on taste, odor, color, corrosiveness, foaming and staining properties. Hydrogen sulfide is not regulated because any concentration high enough to pose a health hazard will also make the water too unpalatable to drink. The EPA’s secondary limit for sulfate in drinking water is 250 parts per million (ppm).

What are the treatments for Sulfur in drinking water?

Most water heater anode rods contain some sulfate so, in the presence of sulfate-reducing bacteria, a rotten egg odor is created in the hot water only. If this occurs, the first course of action is to replace the anode rod with an aluminum-based rod which limits the sulfate and therefore stops the odor.