Strangest of Creatures Live Deep Beneath the Oceans’ Surface

Ancient Greeks thought the sea was a river that flowed around the planet. “Ocean” comes from okeanos, Greek for “river.”  —National Geographic. 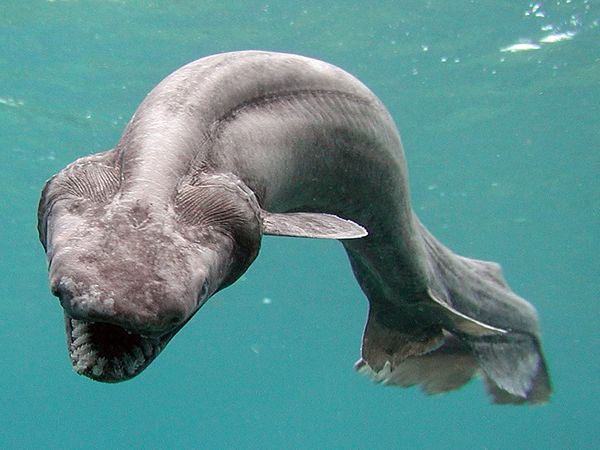 Humans rarely encounter frilled sharks, which prefer to remain in the oceans’ depths, up to 5,000 feet (1,500 meters) below the surface. Considered living fossils, frilled sharks bear many physical characteristics of ancestors who swam the seas in the time of the dinosaurs. This 5.3-foot (1.6-meter) specimen was found in shallow water in Japan in 2007 and transferred to a marine park. It died hours after being caught.

The frilled shark is one of many marvels that can be seen on the National Geographic’s wonderful Ocean Life section.