Siphonophore: “The Longest Animal Ever” 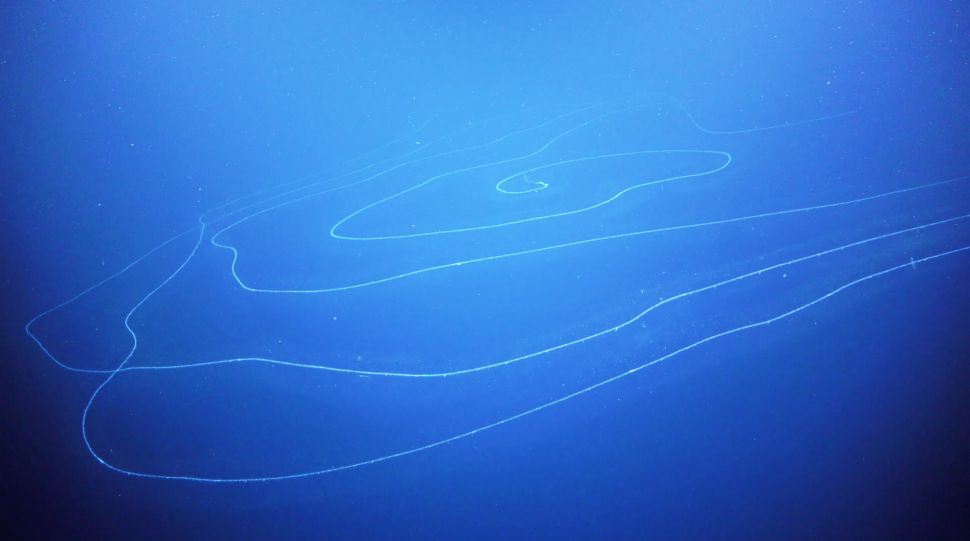 Underwater explorers found a 150-foot-long (45 meters) siphonophore — a translucent, stringy creature that, like coral, is made up of smaller beings — living in a submarine canyon off the coast of Australia. It’s “seemingly the largest animal ever discovered,” they said.

Every individual siphonophore is made up of many little “zooids,” creatures that live lives that are  similar to animals we’re familiar with, although they are always connected to the larger colony.

Zooids are born axsexually, and each one performs a function for the siphonophore’s larger body.   Linked together in long chains, the colonies were already known to reach lengths of up to 130 feet, though each siphonophore is only about as thick as a broomstick.

The new, record-setting siphonophore was one of several discoveries made by a team aboard the research vessel Falkor while exploring deep-sea canyons near Australia’s Ningaloo Coast.

Adapted from Live Science.
A lot more about sipohonophores.