We All Do It, But Is It Actually Safe to Reuse Plastic Water Bottles? 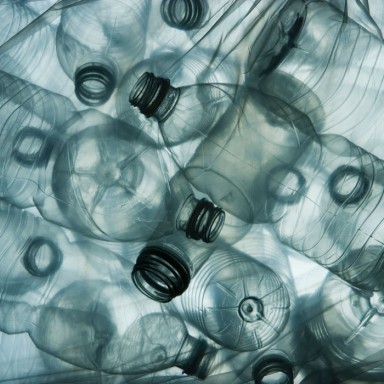 Every minute about 1 million plastic drinking bottles are purchased, creating huge amounts of waste, which mostly ends up in landfills. Today, many people reuse their water bottles by refilling them. This avoids having to repeatedly buy new bottles, saving money, and reducing the amount of plastic waste.However, these bottles are designed to only be used once, so some people are concerned about where it is actually safe to reuse them. We asked eight experts ‘Is it safe to reuse plastic water bottles?’ and the consensus was 75 percent ‘likely’.What are water bottles made of?Plastic water bottles vary in their material, but most single-use bottles are made of PET – polyethylene terephthalate. PET is a clear, lightweight plastic used for packaging of many foods and drinks.It is approved as safe for contact with food and drink in many parts of the world, including the USA and European Union.

Can leaching chemicals from the plastic give you cancer?

Many online articles claim that reusing water bottles can lead to cancer due to certain chemicals being released from the plastic.One chemical that many people are concerned about is BPA, bisphenol A. BPA may disrupt the endocrine system, potentially causing issues related to reproduction and metabolism. BPA is not used to make PET bottles but can be found in other, more rigid plastics like polycarbonate. Despite this, one study has found very low concentrations (5 ng/L) of BPA in PET-bottled water. Two other studies did not find this chemical, so this finding is inconclusive. A different chemical, antimony, is used as a catalyst for PET production. Antimony is not considered a carcinogen when ingested but can cause vomiting and diarrhea.A 2008 study tested the levels of leached antimony in commercially available bottled waters. They did find that leaching occurred gradually over time, but the amounts were much lower than what is considered dangerous. The concentration at which antimony becomes dangerous is around 6 ppb (parts per billion). The study found that antimony concentrations started at 0.195 ppb and rose to 0.226 ppb after three months at 22 degrees Celsius (71 °F).Antimony is not the only chemical that has been studied in bottled water, a whole range of chemicals from plasticizers to metals have been researched. These studies have found that there are some chemicals, like antimony, that leach into bottled water. As of yet, there is no evidence that these pose a risk to human health.

Is leaving your water bottle in the Sun safe?

There are some concerns that the chemical leaching described above happens more frequently at higher temperatures, meaning that leaving your water bottle in the car on a hot day could be dangerous. The 2008 study on antimony levels did indeed find increased leaching at higher temperatures. When water bottles were left at 60 °C (140 °F) it took them 176 days to rise above the threshold of 6 ppb, whilst at 80 °C this only took 1.3 days. These temperatures are very high, so this is likely to only be a problem if you live in a very hot place and regularly leave your water bottle in the Sun to heat up.

Microplastics are small pieces of plastic. They are found almost everywhere, including in our drinking water. In fact, a study found that 93 percent of freshly opened plastic water bottles contained some microplastic contamination. The WHO looked into the potential dangers of microplastics, but based on current data they have concluded that they do not pose a significant threat to human health. Interestingly, Dr Umar Abdulmutalib from the University of Surrey says, “Newly released plastic bottles might contain more microplastics compared to the used ones”. Dr Marek Cuhra from the Institute of Marine Research in Norway also thinks that “drinking water out of a used and washed bottle should be safer than a brand-new bottle”. His group found that water fleas grew and reproduced better in plastic tubes that had been washed with warm water than in new plastic containers.

Are there any other risks?

There is one widely-accepted risk of reusing a disposable plastic water bottle, but this is not chemicals – it’s contamination. As these bottles are not made for durability, they can get easily damaged and crack. Dr Jill Bartolotta says, “The plastic used to make bottles is very thin and consequently subject to cracking due to a weaker structure. These cracks can harbor bacteria.” Contamination is particularly likely if the inside of the bottle is damp. Bacteria can grow very fast in bottled water, one study found an increase from 1 colony per ml to 38,000 colonies per ml in 48 hours when the bottle was kept at 37 °C.

Of the eight experts, six answered that it is likely that it is safe to reuse plastic water bottles. Studies of chemical leaching and microplastics have found that these occur at very low levels and are unlikely to pose serious health threats, unless bottles are repeatedly exposed to very high temperatures. The more likely risk is that of contamination, so if you do reuse a water bottle – remember to wash it regularly.