TOLEDO, Ohio (AP) — Farmers in Ohio, Michigan and Indiana are being asked to be part of the solution in fixing the algae problem in Lake Erie. Federal officials on Friday outlined a program that will make $17.5 million available to farmers who take steps to reduce the pollutants that wash away from the fields and help the algae thrive. 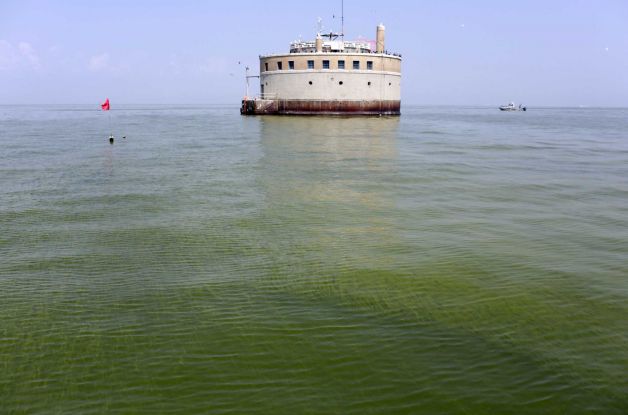 How will it work?

First, it’s a voluntary program so farmers won’t be forced to take part. And it only applies to those who have land in the western Lake Erie watershed, which is mostly made up of northwestern Ohio, southeastern Michigan and northeastern Indiana.

The U.S. Department of Agriculture will work with those farmers to reduce their field runoff by developing a plan that could include planting strips of grass or cover crops that help soil absorb and filer the phosphorus found in farm fertilizers and livestock manure.

Farmers would receive a payment from the government.

“We will not go to a farm and say ‘you will do this,'” said Terry Cosby, the USDA‘s state conservationist in Ohio. “They’re in charge of their farm.”

But that doesn’t mean all farmers who apply will be selected or get a payment.

The agriculture department will rank the applications based on what farms are most likely to have the biggest impact on reducing runoff. The department has been working with university scientists and soil experts to determine what areas they should target.

“We have hot spots,” Cosby said. “We’ve identified all that.”

Researchers have found that agriculture is the leading source of the phosphorus that feeds the algae in Lake Erie and other fresh water sources. Some researchers say as much as two-thirds comes from agriculture.

The algae blooms produce the type of toxins that contaminated the drinking water supply for Toledo and a sliver of southeastern Michigan for two days last August.