Real Christmas Trees are Second Only to No-Tree-at-All

Fake Christmas trees might be convenient and seem environmentally beneficial at first glance, but their environmental costs—measured in greenhouse gas emissions and landfill space—far outweigh their benefits.--National Geographic.

The environmental superiority of real Christmas trees is an accepted fact except among the sellers of artificial trees.

Artificial trees are made from a kind of plastic called polyvinyl chloride, which is derived from petroleum and can contain lead or other harmful toxins. Furthermore, according to the U.S. Commerce Department, about 80 percent of fake trees are manufactured in China, where most electricity is generated by burning coal—one of the dirtiest fuel sources.  They come to the user on ships that burn diesel and emit noxious gasses.  Fake trees do not biodegrade.

In contrast, real trees are completely recyclable, and they are grown in the United States on thousands of farms that employ an estimated 100,000 people.

As far as water use is concerned, real trees, it is true, use lots of water, but they are usually grown in areas where water is plentiful. It is almost certain that the process of manufacturing plastic trees uses more water.  No actual figures are available to substantiate this claim.

These are only some of the many reasons that real trees are second only to no tree at all as an environmental option. 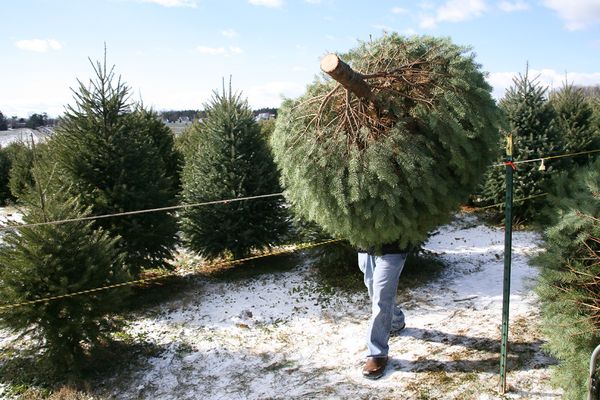