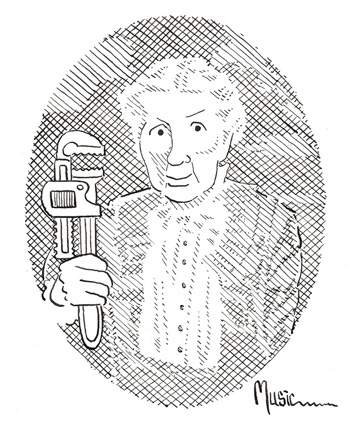 When a city water plant sets about to make water potable–safe to drink–the first step is always to get rid of “turbidity,” or cloudiness.  This is often done by adding alum, to cause small particles to clump together, then filtering the water slowly through sand or another suitable particle-removal medium.

Clarifying the water is a necessary first step because particles in the water become hiding places for bacteria, and whether the purifying agent is a chemical (like chlorine or chloramine) or ultraviolet light, anything that offers a hiding place for microbes is undesirable.

It is fairly easy  to purify clear water. The solar water disinfection method, called SODIS, calls for leaving a transparent plastic bottle of clear water out in the sun for six hours. That allows heat and ultraviolet radiation to wipe out most pathogens that cause diarrhea.  Diarrhea kills 4,000 children a day in Africa.

The SODIS method, however, does not work if the water isn’t clear.   The microorganisms hide under the dirt or clay in the water and avoid the UV rays from the sunlight.

According to Science News, researchers at Queen’s University in Ontario have discovered a simple, easy, and inexpensive way to clarify muddy water.  Rather than alum, the chemical used by water suppliers, the simple method devised by the university researchers uses sodium chloride,  plain table salt.

The salt promotes flocculation,  causing the particles to clump together and settle out of the water.

“Salt is inexpensive and available almost everywhere. And it doesn’t take very much to make muddy water clear again.” 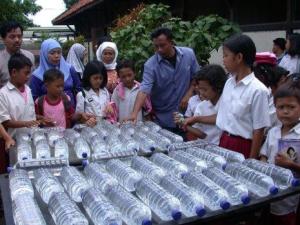 Although adding salt to the water isn’t ideal because the salt itself may influence its taste, the water, one researcher said, “has a lower sodium concentration than Gatorade.”

More information on this subject can be found in Science Daily.