Pollution of China’s Rivers Is Severe

River Water in China That You Would Not Dare Swim In

Gazette’s Summary: China has gone through a period of increasing economic prosperity, but industrial development has taken its toll on the nation’s waterways.  Many of China’s rivers are far too polluted for use by humans, yet environmental officials usually rate them as meeting national standards.

If we Chinese die of cancer caused by pollution, what’s the meaning of economic growth for us?”—Jin Zengmin.

In February of 2013 a Chinese eyeglass entrepreneur offered a $32,000 reward to the chief of the local environmental protection department if he would swim in a local river for just 20 minutes. The offer was declined.

The eyeglass maker, Jin Zengmin, lives in a small city near Shanghai.  The city has known economic prosperity in recent years, but prosperity has taken its toll.  The city is the home of 100 shoe factories that dump raw chemical wastes directly into the local river.

In late 2012, Jin’s sister died of lung cancer at age 35.  He blames water pollution for her death. “When my sister received medical treatment in big cancer hospitals in Shanghai,” Jin says, “we found that many patients there are from my hometown. They have various cancers, and what is astonishing is that most of the cancer patients are in their 30s to 50s. They are still young. I realized these cancers may have something to do with the water pollution in our hometown.”

Here are a couple: 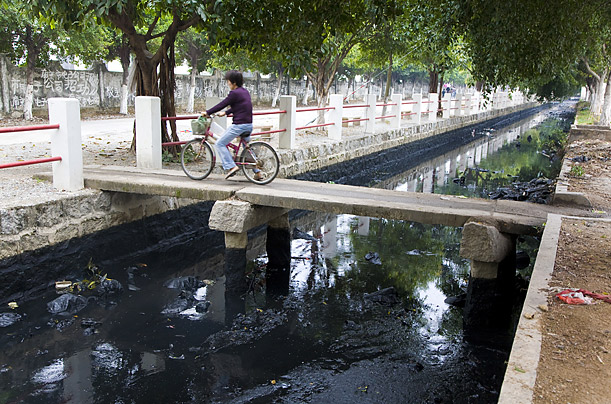 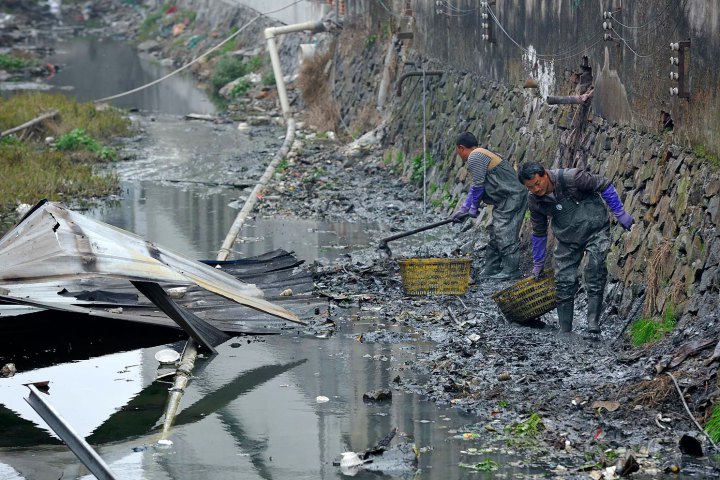 Clearing Rubbish Along a Chinese River