Pharmaceutical Pollution of the Hudson River

How bad is pharmaceutical pollution in the Hudson?

“There is a big universe of chemicals that we just don’t know what their impact is.”–Dan Shapley, water quality director of the Hudson Riverkeeper advocacy group. 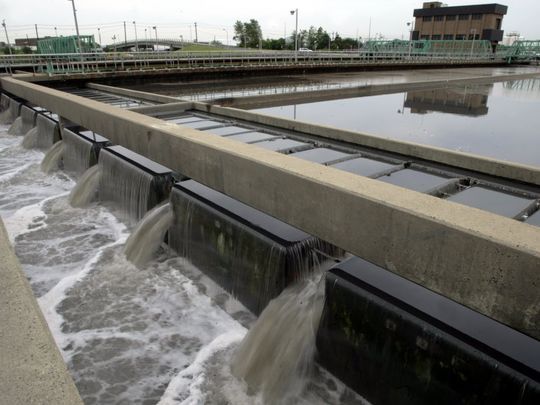 Treatment plants like the one run by the Passaic Valley Sewerage Commission are unable to filter pharmaceuticals from human waste.

Scientists are taking samples of the Hudson River this month in an ambitious plan to measure how much pharmaceutical pollution gets washed into the waterway during heavy rains and to pinpoint its source.

Anti-depressants, blood pressure medicine, decongestants and other medicines have already been detected in the Hudson in preliminary samples. The latest round of testing is a larger sweep of the river, including the portion that passes by New Jersey, at a time of the year when pollution overall is washing into the Hudson at a greater rate due to runoff and sewage overflows.

Residue from medicine has made its way into rivers, streams and sources of drinking water for decades, but scientists have only begun identifying it recent years as testing has improved.

Little is known about their health effects on humans, but pharmaceuticals have had a major impact on wildlife. The Hudson study comes on the heels of a federal report that showed male fish in New Jersey’s Wallkill River — a tributary of the Hudson — were developing female reproductive characteristics, mostly likely due to hormone-based drugs that made their way into the water.

“There is a big universe of chemicals that we just don’t know what their impact is,” said Dan Shapley, water quality director of the Hudson Riverkeeper advocacy group. “It took years for us to understand that greenhouse gases change the Earth’s temperature, that nutrients added to water devastates coral reefs. We’re just starting to look at what pharmaceuticals can do.”

The study — by Riverkeeper, Columbia University, Cornell University, CUNY and the U.S. Environmental Protection Agency — is a continuation of work that began in 2015 to target pharmaceuticals, industrial runoff and other pollution in more than 200 miles of the river from New York Harbor to the George Washington Bridge to Albany.

Water samples taken two years ago found 83 of 117 targeted chemicals in the Hudson, ranging from the anti-depressants to blood pressure medication to the insect repellent DEET.

Researchers hope the latest work will allow them to pinpoint the sources of pollution. And they expect to find much more with samples taken last week, since untreated sewage was entering the Hudson due to heavy rain. Plus the study has expanded to south of the Tappan Zee Bridge, where the Hudson hits New Jersey.

The problem is not limited to the Hudson. Scientists across the globe have found fish, birds, otters and other mammals with significant amounts of over-the-counter and prescription drugs absorbed into their organs.

That was seen in North Jersey two years ago when a study by the U.S. Geological Survey found that male fish in two of North Jersey’s most protected areas — the Wallkill River in Sussex County and the Great Swamp in Morris County — had developed female sexual characteristics. The findings alarmed clean-water advocates, who say the problem may be more widespread, considering that most fish in North Jersey swim in waters that are even more likely to be tainted.

New Jersey officials advise against eating more than a minimal amount of fish caught from the Hudson because of decades of industrial and sewage contamination. But anglers, many of them new immigrants, can be found along the riverfront casting their lines from Bayonne to Alpine, especially in warmer months.

Unlike the voluminous data on the health effects of bacteria and other pathogens in the region’s water, the science on pharmaceuticals is in its infancy.

“It’s a human fingerprint that’s more unique, because we haven’t been studying it for decades as we have with other pollution,” said Gregory O’Mullan, an environmental microbiologist at Queens College in New York.

Researchers hope the study will also help pinpoint the origin of the pollution. By measuring pharmaceuticals, scientists will be able to differentiate whether the pollution came from animals, untreated human sewage or a sewage treatment plant.

Animal waste remains a huge problem for rivers and streams, whether it’s from farms or, more likely in the case of New Jersey, from street runoff pushing animal feces into waterways.

“Having that information on the source is going to be very helpful when you speak to managers about how to fix the problem,” O’Mullan said.

His work is funded partially by $15,000 from the New York Sea Grant, which is slated to be cut under President Donald Trump’s proposed budget.

Most frequently detected pharmaceuticals found so far in the Hudson River: