Our Food and Water 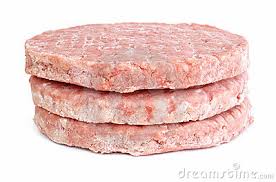 LET’S start with a quiz.

Which consumes the most water?

The answer? By far, it’s the hamburger patty. The shower might use 25 gallons. The almonds take up almost a gallon each, or close to 10 gallons for the handful. The washing machine uses about 35 gallons per load. And that beef patty, around 450 gallons.

The drought in California hit home when I was backpacking with my daughter there recently on the Pacific Crest Trail, and the first eight creeks or springs we reached were all dry.

The crisis in California is a harbinger of water scarcity in much of the world. And while we associate extravagant water use with swimming pools and verdant lawns, the biggest consumer, by far, is agriculture. In California, 80 percent of water used by humans goes to farming and ranching.

That’s where that hamburger patty comes in.

I grew up on a sheep and cherry farm near Yamhill, Ore. I worked for a year for the Future Farmers of America, and I still spend time every year on our family farm. But while I prize America’s rural heritage, let’s be blunt: It’s time for a fundamental rethinking of America’s food factory.

A mandarin orange consumes 14 gallons of water. A head of lettuce, 12 gallons. A bunch of grapes, 24 gallons. One single walnut, 2 gallons.

Animal products use even more water, mostly because of the need to raise grain or hay to feed the animals. Plant material converts quite inefficiently into animal protein.

So a single egg takes 53 gallons of water to produce. A pound of chicken, 468 gallons. A gallon of milk, 880 gallons. And a pound of beef, 1,800 gallons of water. (Of course, these figures are all approximate, and estimates differ. These are based on data from the Pacific Institute andNational Geographic.)

You can also calculate your own water footprint at National Geographic’s website.

Our industrial food system produces food almost miraculously cheaply. In 1930, whole dressed chicken retailed for $6.48 per pound in today’s currency, according to the National Chicken Council; in real terms, the price has fallen by more than three-quarters. And, boy, is the system good at producing cheap high-fructose corn syrup!

• It overuses antibiotics, resulting in dangers to the public from antibiotic-resistant diseases. About four-fifths of antibiotics sold in the United Statesare for livestock and poultry — even as 23,000 people die annually in America from antibiotic resistant infections, according to the Centers for Disease Control and Prevention.

• Farming overuses chemicals such as pesticides, some of them endocrine-disruptors that have been linked to possible cancer, obesity and reproductive disorders.

To this indictment, we can add irrational subsidies and water engineering projects that have led to irrigation in areas where it doesn’t make sense. Today, California, despite the drought, is effectively exporting water (in the form of milk, beef, walnuts and produce).

Most of agriculture’s irrationalities aren’t the fault of farmers but arise from lax regulation and mistaken pricing, and that’s true of water as well. Traditionally in the West, water was mostly allocated on a first-come basis, so if you acquired water rights more than a century ago you can mostly still access water for uses (two gallons per walnut!) that no longer make sense in an age of scarcity.

As for the foolishness of agricultural subsidies, until recently, the federal government paid me, a New York journalist, $588 a year not to grow crops in Oregon. I rest my case.

Let’s be clear that it’s unfair to blame farmers for the present problems. We’re the ones eating those water-intensive hamburgers, and we’re the ones whose political system created these irrationalities.

Like most Americans, I eat meat, but it’s worth thinking hard about the inefficiency in that hamburger patty — and the small lake that has dried up to make it possible.

Maybe our industrial agriculture system is beginning to change, for we’re seeing some signs of a food revolution in America, with greater emphasis on organic food and animal rights. Just a week ago, Walmart called on suppliers to stop keeping calves in veal crates and hogs in gestation crates.

Something good could come from the California drought if it could push this revolution a bit further, by forcing a reallocation of water to the most efficient uses. But remember that the central challenge can’t be solved by a good rain because the larger problem is an irrational industrial food system.