Our Changing View of Dams

The Tide Has Turned.  The Age of Dams Is Over, But Politicians and Bankers Still Love Big Money Projects 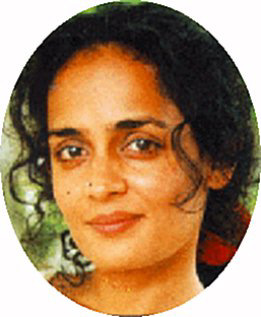 Indian Novelist, Political Activist, Essayist, and Film Director Arundhati Roy Is Probably the World’s Most Passionate and Most Famous Opponent of Large Dams.

“What have we done to this beautiful desert, to our wild rivers? All that dam building on the Colorado, across the West, was a big mistake. What in the world were we thinking?”–Senator Barry Goldwater, reflecting late in life on his support of the Glen Canyon Dam Project.

Dams are a relic of the Industrial Age, a brute-force solution to water scarcity that sets off a cascade of environmental collapses, from the upstream tip of the reservoir to the river’s mouth and beyond. They’re particularly ill-suited to the era of extremes — heat waves, floods and droughts — that climate change has brought on. High temperatures intensify evaporation from reservoirs. Massive floods threaten dams with overtopping and breaching. Droughts defy the very reason for dams’ existence: They drop reservoir levels, wasting the “capacity” that goes unused, and cause hydroelectric output to dwindle.–Jacques Leslie.

To learn “How Not to Fix California’s Water Problems,” please read Jacques Leslies’s piece in the  LA Times.