Number Facts about Water in India

In Rural India, Where Rains Pour Down in Buckets,  Water Is Scarce 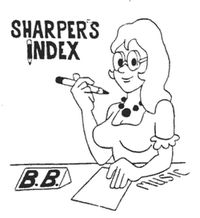 Portion of the water supply in rural India (where 70% of the people live)  that is routinely contaminated with dangerous bacteria — 1/2.

Approximate number of Indian children who die each year of diarrhea or pneumonia caused by toxic water — 600,000.

Year by which it is predicted that India will need to double its current water supply — 2030.

Number of Indians who currently scrounge for water from unproven sources — 100,000,000.

Percentage of the world’s population that lives in India — 16%.

Percentage of the world’s fresh water supply that is available to India — 4%.

Factor by which this rainfall exceeds the annual rainfall in Seattle — 12 times.

Number of trips per day required to bring water to the home — 4 to 5.

Number of hours per day that residents have tap water in the city of New Delhi — 2 to 3.

Percentage of New Delhi’s total water output that is lost to leaky pipes and theft — 30% to 70%. 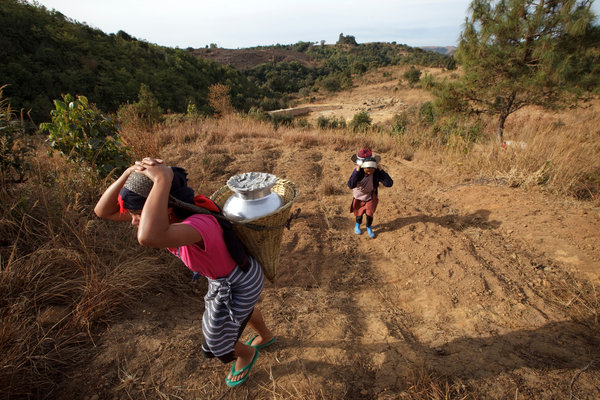 Women Carrying Water from a Community Tap in Cherrapunji.

But the country’s struggle to provide water security to the 2.6 million residents of Meghalaya, blessed with more rain than almost any place, shows that the problems are not all environmental.

Arphisha lives in Sohrarim, a village in Meghalaya, and she must walk a mile during the dry season to the local spring, a trip she makes four to five times a day. Sometimes her husband fetches water in the morning, but mostly the task is left to her. Indeed, fetching water is mostly women’s work in India.

On a recent day, Arphisha, who has only one name, took the family laundry to the spring, which is a pipe set in a cement abutment. While her 2-year-old son, Kevinson, played nearby, Arphisha beat clothes on a cement and stone platform in front of the spring. Her home has electricity several hours a day and heat from a coal stove. But there is no running water. When it rains, she uses a barrel to capture runoff from her roof.

“It’s nice having the sunshine now, but my life is much easier during the monsoon,” she said.

Kevinson interrupted her work by bringing her an empty plastic bottle. “Water,” he said. Arphisha bent down, filled the bottle and gave it back to him. “Say, ‘Thank you,’ ” she said. “Say, ‘Thank you.’ ” When he silently drank, turned and went back to playing, Arphisha laughed and shrugged her shoulders.

In the somewhat larger town of Mawmihthied several miles away, Khrawbok, the village headman, walked nearly a mile on a goat path to point out the spring most residents visit to get drinking water. Taps in Mawmihthied have running water for two hours every morning, but the water is not fit to drink.

Khrawbok said that officials would like to provide better water, but that there was no money.

Even in India’s great cities, water problems are endemic, in part because system maintenance is nearly nonexistent. Water plants in New Delhi, for instance, generate far more water per customer than many cities in Europe, but taps in the city operate on average just three hours a day because 30 percent to 70 percent of the water is lost to leaky pipes and theft.

As a result, many residents install pumps to pull as much water out of the pipes as possible. But those pumps also suck contaminants from surrounding soil.

The collective annual costs of pumps and other such measures are three times what the city would need to maintain its water system adequately, said Smita Misra, a senior economist at the World Bank.

“India is lagging far behind the rest of the world in providing water and sanitation both to its rural and urban populations,” Ms. Misra said. “Not one city in India provides water on an all-day, everyday basis.”

And even as towns and cities increase water supplies, most fail to build the far more expensive infrastructure to treat sewage. So as families connect their homes to new water lines and build toilets, many flush the resulting untreated sewage into the nearest creek, making many of the less sophisticated water systems that much more dangerous.

In Meghalaya, efforts to improve the area’s water supply have been stymied by bickering among competing government agencies, said John F. Kharshiing, chairman of the Grand Council of Chiefs of Meghalaya. In one infamous example, the state built a pump near a river to bring water to towns at higher elevations.

“But they didn’t realize that the pump would be underwater during the monsoon,” Mr. Kharshiing said. “So it shorted out that first year, and it’s never been used since.”