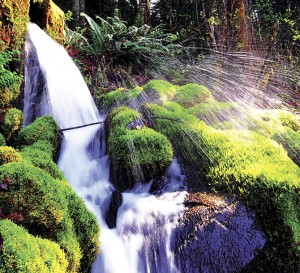 Nestle takes millions of gallons of virtually free water from public lands, and leaves behind: 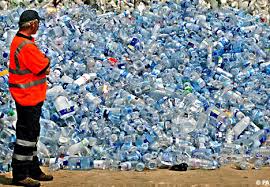 The government is urging people to let their lawns die and to turn off the tap while brushing their teeth because of California’s extreme drought.

And people are cooperating.

So it’s galling to learn that federal officials have allowed a bottled-water company to extract more than 25 million gallons a year from the San Bernardino National Forest on a permit that expired 27 years ago.

Three public-interest groups last week filed a lawsuit in U.S. District Court in Riverside against the U.S. Forest Service, accusing it of failing to enforce its own environmental rules.

The lawsuit, filed by the Center for Biological Diversity, Story of Stuff Project and the Courage Campaign Initiative, asks a judge to shut down the water-taking by Nestlé Waters North America Inc., bottler of Arrowhead 100% Mountain Spring Water.

Nestlé is not the target of the suit, although environmental groups have been asking the company to stop taking the water from Strawberry Creek, east of the famous arrowhead landmark above San Bernardino.

The company has declined, because, why should it, unless the federal government tells it to? The company is making millions selling the water it extracts for a mere $524 a year. That’s right: $524.

The Forest Service has enabled the company – and its predecessors (there have been a series bottling Arrowhead water over the years) – to operate on expired permit, even during the state’s four-year drought.

Until the groups started pressuring the service, no work was done on re-issuing the permit until late last year. And even now, the effort is just getting underway.

An investigation by the Office of Inspector General in 2011 uncovered the reason why expired permits are rampant in national forests: the Forest Service doesn’t have enough personnel to do the job.

The service is sitting on more than 4,500 expired permits, including around 1,200 that involve water, because it doesn’t have enough funding to review and renew them.

The Inspector General also found that six of the nine Forest Service regions – including the one that oversees the San Bernardino National Forest – haven’t updated their fees to reflect fair market values nor adjusted them for inflation. The government failed to collect $5.4 million as a result, it said.

Region 5, which encompasses California, hadn’t done a market survey or adjusted for inflation since 1988 – the year the Arrowhead permit expired.

So a multinational food-and-beverage company like Nestlé pays a pittance for California’s precious water, and the government allows the squandering of a scarce public resource because it can’t afford to process permits.

Who wouldn’t like to pay 1988 prices? If you could buy groceries and gasoline at 1988 prices today, you’d have a lot more money in your wallet. Right?

But the problem here is not just how little Nestlé is paying. It’s that the Forest Service hasn’t examined whether extracting 25 million gallons a year is harming the forest around Strawberry Creek.