Las Vegas and Clark County Duke It Out Over Storm Channel

There is a city/county political fight going on in Las Vegas between the city and Clark County officials over who is going to pay for a five-mile pipeline to handle waste water from the Nellis Air Force Base. 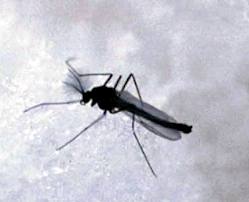 Water is currently being allowed to discharge into a county storm channel, but odors and insect issues have rankled area homeowners.  The storm channel has become a breeding ground for chironomid midges and mayflies.

The pipeline is estimated to cost $15 million with North Las Vegas putting up $8 million upfront. The county, which would oversee construction, would cover the remaining $7 million.

The battle over payment has been going on for some time.

North Las Vegas sued the county in federal court, arguing it has a right to discharge the treated wastewater into the channel. But the county called the discharge a nuisance and sought to stop it in state court.

County officials have maintained that the dry channel is intended to handle storm runoff and that the city’s dumping was illegal.