Published originally in the  Pure Water Occasional for December, 2010

In late 2010 an environmental group revealed that deadly hexavalent chromium is present in the water of many US cities. Americans were shocked.

Actually, what’s new with the hexavalent chromium issue isn’t that Chromium-6 has suddenly been spilled into US water supplies. What’s new is that someone told us about it.

Chromium-6 is only one of countless chemical contaminants that find their way into water but don’t get much public attention. In the 1980s I read a perceptive article on the subject that said, “Most of the time no one is watching most of the water for most of the contaminants.” In 2010 there’s a lot more to watch for, since new chemicals are being created almost faster than we can give them names, yet we continue not watching.

Chromium-6 didn’t just appear suddenly in the water supplies of 31 of the 35 cities examined. It has been there a long time. The news is that someone went to the trouble to look for it and report it. Actually, it had been looked at earlier by government agencies, but they were happy to keep its presence to themselves as long as no one brought the subject up. This isn’t an uncommon event. Just this month the FDA revealed (after much prodding) that US agribusiness now drugs farm animals with 29 million pounds of antibiotics per year. Most people are aware that factory farm animals are being dosed with antibiotics and that consequently antibiotics are becoming ineffective, but the 29 million pound number is somewhat sobering. (A “shitload,” Grist calls it.) Does anyone doubt that a few tons of these drugs make their way into water supplies?

Here is the EPA’s statement on chromium, which was issued after it received criticism for dragging its feet on the regulation of chromium-6:

“EPA absolutely has a drinking water standard for total chromium, which includes chromium-6 (also known as Hexavalent Chromium), and we require water systems to test for it. This standard is based on the best available science and is enforceable by law. Ensuring safe drinking water for all Americans is a top priority for EPA. The agency regularly re-evaluates drinking water standards and, based on new science on chromium-6, had already begun a rigorous and comprehensive review of its health effects. In September, we released a draft of that scientific review for public comment. When this human health assessment is finalized in 2011, EPA will carefully review the conclusions and consider all relevant information, including the Environmental Working Group’s study, to determine if a new standard needs to be set.

Currently, the total chromium standard is 0.1 mg/L (100 parts per billion). Our latest data shows no U.S. utilities are in violation of the standard.”

Now, to give an idea of how close to agreement are the two expert views—the California standard vs. the EPA standard—notice first that the EPA is measuring “total chromium” and California is measuring only chromium-6. Note, too, in case you haven’t, that the allowable numbers are not even in the same galaxy.

That’s no more absurd than the advice we’re getting from the combined wisdom of California regulators and the EPA. The numbers are radically different and they’re counting different things. 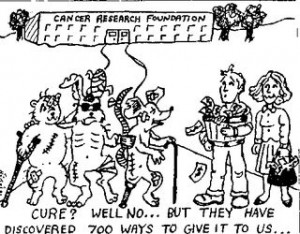 The official allowable for chromium-6 will, after months or years of negotiation, eventually be set most likely somewhere between the extremes of 0.06 ppb and 100 ppb. The number will not be arrived at scientifically but will result from a political negotiation that considers the interests of manufacturers and sellers of products that use chromium, city water departments, environmental advocacy groups, wastewater processors, and a host of politicians who represent the interests of a host of lobbyists who are being paid by everyone from mining companies to state governments.
Each of these non-expert entities will employ its own set of experts who will rely mainly on the mysterious “science” of animal studies to prove its point. Animal studies, a science of roughly the same exactitude as having soothsayers examine the intestines of sacrificed goats, will conveniently prove what each of the interested parties wants proved. The final magic number, the amount of chromium-6 we can safely be exposed to, will depend mainly on the number of Republicans vs. Democrats on the committee. 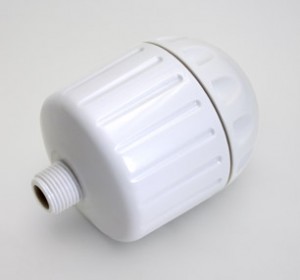