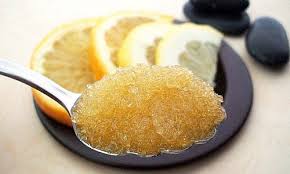 Eight-trillion of these, enough to cover 300 tennis courts, go into our water supplies every day.

Not to alarm you, but your daily morning regimen might be harming the planet’s oceans.

What’s the culprit? Microbeads. They are tiny, plastic beads that many companies have added to body scrubs, cosmetics, soaps — essentially hundreds of products, to create an exfoliating sensation for users.

A microbead is any plastic that is smaller than 5 mm, about three times the size of a pinhead. They are designed to wash down drains, but have added to the increased microplastic debris littering the Earth’s oceans and many freshwater lakes, the study states. Due to their size, plastic microbeads are difficult to clean up on a large scale.

Microbeads have even been subtly added to products like toothpaste. Despite their tiny size, they still pose a threat, according to Stephanie Green of Oregon State University and co-author of the study.

“Part of this problem can now start with brushing your teeth in the morning,” she said. “Contaminants like these microbeads are not something our waste-water treatment plants were built to handle, and the overall amount of contamination is huge,” she said. 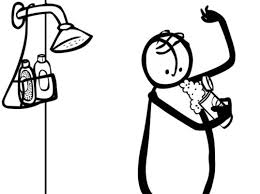 Unlike Sprite shower filters, microbeads do not improve your singing.

The eight trillion microbeads entering the United States’ aquatic habitats on a daily basis is only a fraction of what is being dumped in waste-water treatment facilities. Eight hundred trillion of these plastic beads settle into a sludge and transform into a runoff from sewage plants and go on to pollute the waterways.

“We’re facing a plastic crisis and don’t even know it,” Green explained.

Some species of marine life mistake the small plastic particles for food, and scientists are currently examining how microplastics are affecting marine life once ingested and whether those chemicals can be transferred to humans if people consume these marine species later on, according to the National Oceanic and Atmospheric Administration (NOAA).

Chelsea Rochman of the University of California, Davis and lead author of the study, said microbeads were one of many types of microplastics to be found in the gut content of the marine wildfire that they examined.

“We’ve demonstrated in previous studies that microplastic of the same type, size and shape as many microbeads can transfer contaminants to animals and cause toxic effects,” Rochman said. “We argue that the scientific evidence regarding microplastic supports legislation calling for a removal of plastic microbeads from personal care products.”

Scientists from the study are calling for a complete ban on microbeads. They say that public support for the effort is also growing. Companies such as Unilever and Johnson & Johnson have pledged to phase out the use of microbeads in their personal care products.

In June 2014, the state of Illinois became the first state to ban the production, manufacture and sale of products that contain plastic microbeads, according to NOAA. Although the study argues that the legislation does not go far enough to eliminate microbeads that claim to be “biodegradable” but are not. Connecticut, New Jersey, Colorado have implemented regulations or bans on the plastic products as well.

Authors of the study are calling for new wording in microbead legislation that will ensure a total ban on materials that are “persistent, bioaccumulative, or toxic” to be added to products that are meant to be wash down the drain. 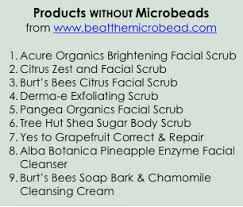 Source: CBS4Indy.com  (we added some images).